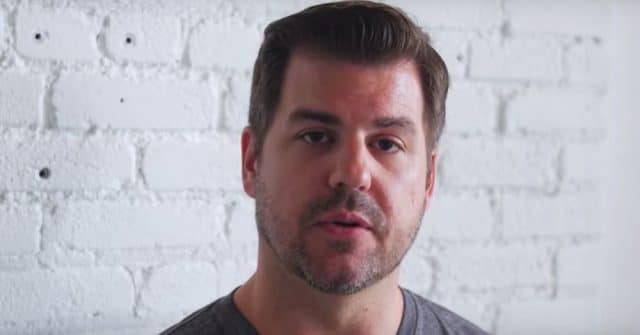 In a recent YouTube video, Toronto Blue Jays radio broadcaster Scott MacArthur came out as gay, stating that he has been suicidal as recently as a few weeks ago and that he was encouraged to come out by a transgender female sports blogger and a gay platonic friend.

In the video, he announced, “I’m a gay man and I have lived burdened by this secret for a very long time and … I’m doing [this video] in an attempt to alleviate my pain.”

He said, “I’ve lived with this for a long time, I’ve been secretive about this for a long time. There’ve been people in my life who’ve known for a number of years now and who have kept my secret at my request. There are a lot of people close to me who have found out as recently as the last few weeks. I’ve gone on a bit of a blitz because I’ve wanted them to hear it from me rather than seeing it on this video.”

MacArthur added that while he was proudest of his time discussing his own mental health challenges in the air, he felt guilty having left out the key component of his being gay and closeted in his discussion.

He told his viewers:

“If you’re watching this and you’re going through a rough time… [No matter your age] if you’re questioning, if you’re living in silence, if you’re doing what I have done for so long and living split lives when you’re someone fully in your truth in one aspect in your life and you’re another person micromanaging part-truths and large falsehoods in other areas of your life, you may very well be exhausted, you may very well be tired. And I’m hoping that this encourages you to speak up if you feel that you can and if you feel that you need to. I’m here to tell you that I understand the self-hatred, that I understand the self-loathing, that if you’ve been to a place where you don’t wanna live anymore — if you’re living in that place right now — I’m here to tell you that I have been there and I’m here to tell you that I was there as recently as two and a half, three weeks ago.”

However, MacArthur said that on Monday, June 24, he read a personal column by A.J. Andrews of the “Jays from the Couch” blog in which she came out as a transgender woman.

The week he read Andrews’ column happened to be the same week that of his 40th birthday. His best gay platonic friend Kenneth was in town visiting from Calgary and the two had a long conversation in which MacArthur admitted that he wasn’t happy with his life.

Later in the video, MacArthur apologized to the women he has dated “who had no idea that I wasn’t all in. I’m sorry for the pain that I caused you.” He also apologized to two unnamed long-term boyfriends, stating, “It’s really hard to tell them that they matter when you want to hide that relationship more than 50 percent of the time and Im sorry for the pain that I caused you as we were going through our relationship and dealing with those specific truths.”

He concluded the video by saying

”I am sitting before you today as a gay man who is a proud gay man. I am someone who is proud of my nature. I will not be a different radio host, if you’ve enjoyed my work, than the one you have heard. I’m not going to change, but I will advocate for my nature and I will advocate for and empathize with people in pain… So thank you for sitting with me here this afternoon and I look forward to what’s ahead.”

An article about MacArthur’s coming out published in Canada’s Troy Media said, “The announcement by the member of the Toronto Blue Jays radio team is big news in the cloistered world of men’s professional sports…. Many of the men he covers [in the locker rooms] come from conservative religious cultures. Others from macho cultures that abhor homosexuality.”

It’s possible that some athletes may respond hostilely to MacArthur’s sexual orientation, but if the responses to his coming out on Twitter are any indication, he’s likely to get a lot of support and push sporting culture even further towards acceptance of gay reporters, fans and teammates.