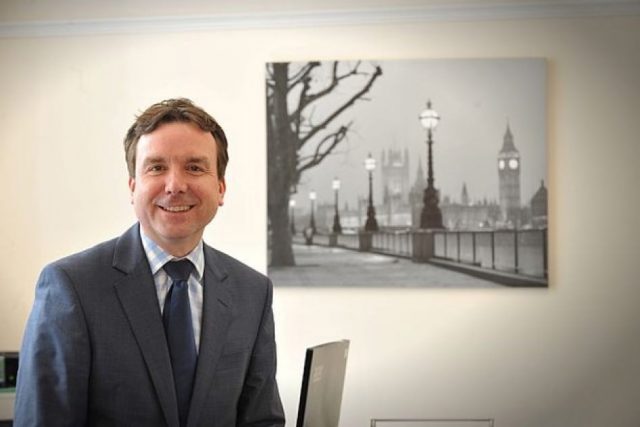 MP Andrew Griffiths apologises to the LGBT community for voting against same-sex marriage in an op-ed for the Burton Mail.

Tory MP Andrew Griffiths for Burton has revealed that voting against same-sex marriage is his “biggest regret” in an op-ed for his local paper. “For while I am hugely proud of what I, and the Government I am part of has achieved over the last six years, there is one decision that causes me great pain. That was my decision to vote against gay marriage. It is a decision I wish I could change, and one I deeply regret.”

In the op-ed for the Burton Mail, Griffiths explains that he was wrong to vote against the bill and apologised to the LGBT community.

He said: “I was wrong to do so. I was wrong to put those concerns ahead of the right for the people who love each other to find the same happiness in marriage that I have found myself.”

“I was wrong to vote against a piece of legislation that was about bringing fairness and equality and joy to the gay and lesbian community, and for that, I apologise.”

“There is something incredibly joyous, beautiful and powerful about committing your life to the person you love, and nobody should be denied that. I want everyone to be able to experience it, regardless of sexuality.”

Griffiths states that despite voting against the bill, he is still accepted by the LGBT community.

“After the vote, for me it became harder and harder to look my gay friends, colleagues and constituents in the face. I felt ashamed of what I had done. Yet just the other day in the post I received an invite to the marriage of my wonderful and longstanding friends Scott and Phil.”

He states that he felt “so touched” that they wanted him there and that he cannot wait to share the special day with them, adding that he’s proud “my government allowed that to happen.”