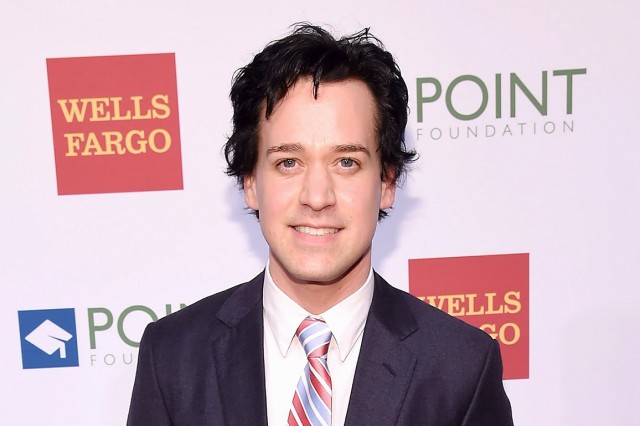 TR Knight is back on the red carpet.  Yes, the actor who rose to fame playing Dr. George O’Malley on Grey’s Anatomy, came out in 2006, and continued with the show until 2009, is now returning to TV.

Since he was last seen streaming on our flat screens, he has been playing the role of Mercutio in an off-Broadway production of Romeo and Juliet. The next event is playing James Franco’s costar, as a straight married man, in the time-travelling original event mini-series 11/22/63 airing on Hulu.  The series is from J.J. Abrams’ Bad Robot Productions, and was authored by Stephen King.

Knight’s fame is not without controversy, as his name was found speckling the internet ever since his Grey’s costar Isaiah Washington hurled a gay slur (faggot) in reference to Knight, during an argument with Patrick Dempsey.  Washington said in a candid statement to ABC,” I welcome the chance to meet with leaders of the gay and lesbian community to apologize in person and to talk about what I can do to heal the wounds I’ve opened.”   He also said “I can neither defend nor explain my behavior. I can also no longer deny to myself that there are issues I obviously need to examine within my own soul, and I’ve asked for help.” After the significantly publicized event, Knight finally verified his sexual orientation, and Washington was fired and found himself blacklisted in Hollywood.  Knight stayed on the show until 2009.  His departure from the show had no connection to what the media is still calling “Isaiahgate.” Apparently, Knight asked to be released from his contract 3 years after the gay slur. He reportedly was not content with the development of his character role, dissatisfied with his reduced screen time, and an overall “breakdown in communication.”  He felt his decision to be openly gay was related somehow to the ultimate death of Dr. O’Malley, but at no time was he requested to change him into gay character, which was his greatest fear. After all, he had romantic relationships on screen with multiple female characters. However, Knight has had no qualms of taking on a gay role, his last as Eddie in the off-Broadway play Pocatello.

Since Grey’s Anatomy, Knight has had nuptial jubilation, wedding his boyfriend of 3 plus years, Patrick Leahy, in October of 2013.  They were reported to have a quiet, small affair, at which co-star Katherine Heigl reported she had a wonderful time. She and Knight were BFFs on the Grey set, and she has said, “T.R. is my best friend.  I will throw down for that kid.” Knight was also a groomsman at her wedding to Josh Kelley.  She definitely allies herself as a LGBT supporter in sound bites and clips scattered on the internet. She and T.R. still have a strong friendship today.  Knight continues to pursue challenging roles both off-Broadway and for television.  His performance on 11/22/63 is being reviewed highly, in great anticipation.