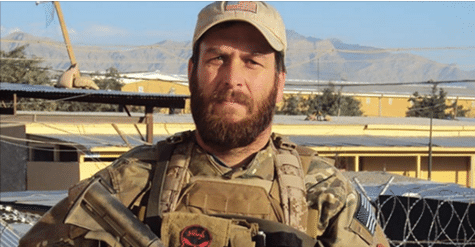 A former Navy SEAL Team 6 member who is transgender, who also helped track down Osama bin Laden in Pakistan, is calling out President Donald Trump’s ban on transgender soldiers.

Kristin Beck, who served 20 years as Chris Beck in the Navy SEALS, told Business Insider in an interview on Wednesday that Trump’s military ban unfairly discriminates people like her.

“Being transgender doesn’t affect anyone else,” Beck said, alluding to Trump’s concerns that transgender service members would be a distraction.

Beck also challenged Trump to say to her personally that her service didn’t help the country’s national defense goals. “Let’s meet face to face and you tell me I’m not worthy,” Beck added. “Transgender doesn’t matter. Do your service.”

From the archive: 18 months in the life of Kristin Beck, the former Navy SEAL who came out as transgender https://t.co/wJq690eQ8n pic.twitter.com/UOI75SHQqE

The RAND Corporation estimates that as many as 6,630 members of the armed forces are transgender individuals. Trump suggested in his tweets that medical costs for soldiers who are transgender also played a role in his decision, a choice that Beck adds doesn’t add up.

She also questioned why some individuals, like the president, assume that those who are transgender would somehow be a distraction.

“A very professional unit with great leadership wouldn’t have a problem” with transgender soldiers, she said. If there were such a problem, it would amount to “a leadership issue, not a transgender issue.”

Trump sent out three tweets on Twitter Wednesday morning describing his decision to re-implement the transgender ban, though a White House official later admitted the decision was made, at least in part, for political reasons.

Beck was instrumental in SEAL Team 6’s eventual killing of Osama bin Laden. Though she herself had left the team before the eventual raid, she took part in seven combat deployments, and earned the Purple Heart and Bronze Star, according to a USA Today article from 2013. She’s currently a military consultant in Tampa, Florida.