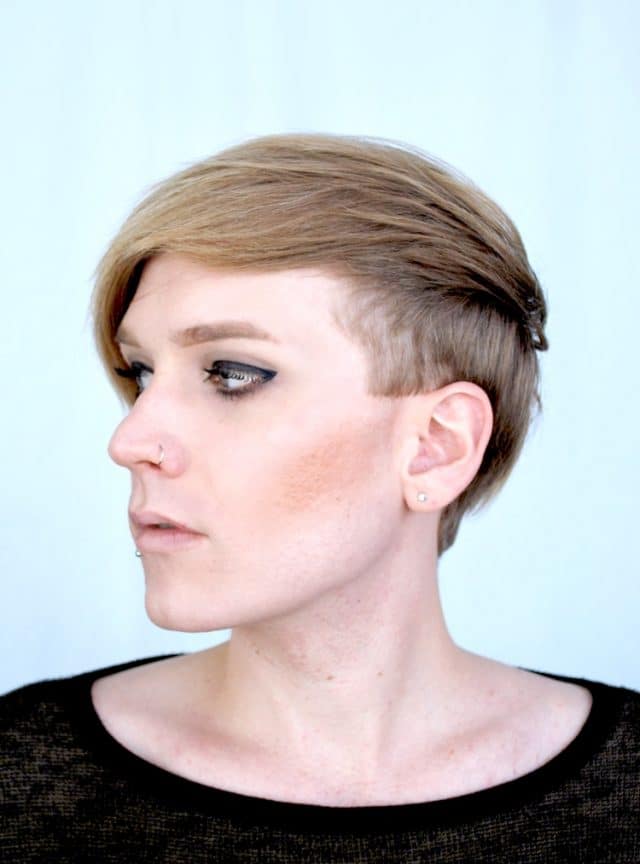 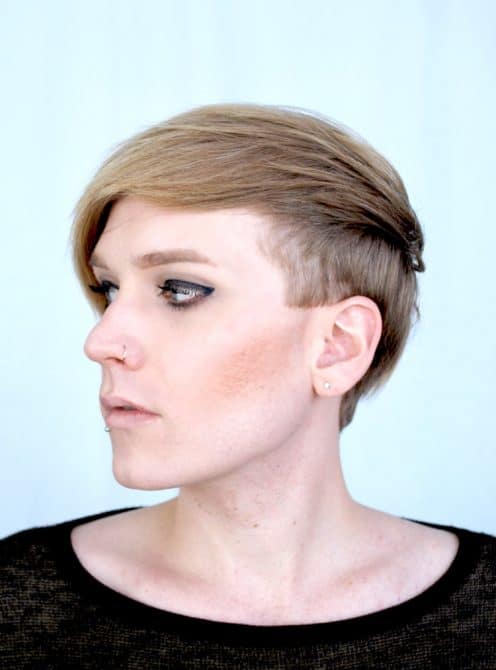 Charles has reworked the structure of language to capture the trans experience, establishing her as one of the most promising poets of her generation.

Charles combines a deep understanding of poetic traditions with her own personal experience to create works that address gender and identity issues in a unique and moving way. Her second volume of poetry, feeld, creates a language resembling middle English to challenge our limited vocabulary to describe the trans experience.

In the process, Charles has won praise as one of the most important young poets today and the appropriate recognition: feeld was chosen by The New Yorker as one of the best poetry books of 2018.

feeld challenges readers, and not just because of the language. It is at once lyrical and pointed:

did u kno not a monthe goes bye

a tran i kno doesnt dye.

“feeld interacts with genre, or I hope it does, in trying to put spellings, words, and concepts, into constructive, new orders,” she has said. “Thus the spelling of gender as ‘gendre’ across the work.”

As Charles puts it in feeld:

gendre is not the tran organe

gendre is yes a hemorage.

Charles grew up in a conservative evangelical home. Her first poem, at age 7, was about the crucifixion, written in heroic couplets, a precocious acknowledgment of literary structures.

“When I was young, trying to find the right words was the hardest thing,” Charles told PBS, as she sought words to
“create and survive.”

Charles’ intense literary skill and vision have won her widespread recognition, including being a finalist for a Pulitzer Prize in poetry and long-listed as a finalist for a National Book Award.

In selecting feeld as a finalist in the poetry category, the Pulitzer committee praised it as “a lyrical unraveling of the circuitry of gender and speech, defiantly making space for bodies that have been historically denied their own vocabulary.”

Charles was also named a winner of the 2017 National Poetry Series. Poet Fady Joudah, who selected Charles as the winner, said that she “rearranges the alphabet to survive its ferocity against her body. Where language is weaponized, feeld is a whistleblower, a reclamation of art’s domain.”

In addition to her writing, Charles was also the founding editor of THEM lit, a trans literary journal, from 2013 to 2018.

For all the grief and loss in feeld, it remains a hopeful work. That’s intentional, says Charles.

“I believe in hope,” she said in an interview with American Poetry Review. “Not as in ‘I hope things get better,’ but in a very basic sense: if things indeed occurred as they occurred, then there was a moment before it, when possibilities existed, latent, before the worst, the unspeakable. That things could be other than they are. By looking at that moment, we can not only see the possible undoing, the seams, but direct ourselves towards the directions before us now.”