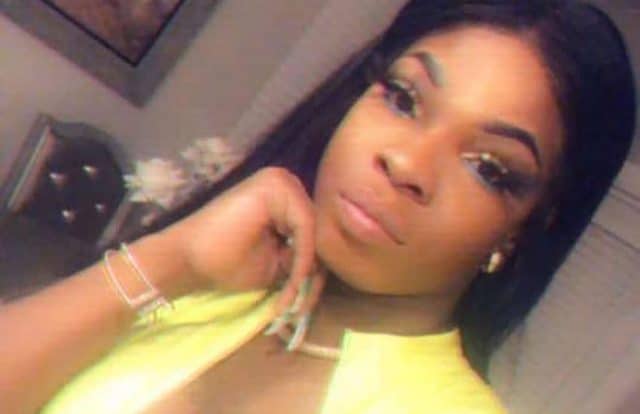 A month after she was the victim of a brutal mob attack in Dallas, Texas, transgender woman Muhlaysia Booker has been found dead.

Police on Sunday (19 May) said Booker was found shortly before 7am on Saturday, according to local media.

Authorities later pronounced her dead at the scene due to ‘homicidal violence’ according to Fox News.

Police said they had made no arrests and there was no evidence linking the death to an attack last month.

At an emotional press conference followig the attack, Booker thanked those who had supported her and called for justice.

‘This time it was me. The next time could be someone else close to you,’ a tearful Booker said.

The man responsible was paid $200 to do so, police later said.

Booker allegedly accidentally backed into another vehicle with two men inside while driving her car.

One of the drivers – who remains a suspect in the investigation – told police her ran Booker off the road to keep her from leaving the scene.

But Booker said the unidentified driver then pointed a gun at her and demanded money for damage to his car. Also in the car was Edward Dominic Thomas, 29.

A crowd gathered, and someone in the crowd reportedly offered Thomas $200 to assault Booker.

Thomas, dressed in all-white, descended upon her, delivering a deluge of punches. As the footage suggests, two other men joined in. One kicking her as she lay helpless in the street.

As many threw homophobic insults at her, Booker suffered a concussion, facial fractures, and a broken wrist as a result.

‘The video, I’m sure, shocks the conscience of anyone who looks at this video.’

Police arrested Thomas two days after the incident for aggravated assault. They are currently assessing whether the incident can be considered a hate crime.

Among them, 1,130 were based on sexual orientation bias and 119 on gender identity bias.

And more than 100 of those victims were people of color, according to the report.