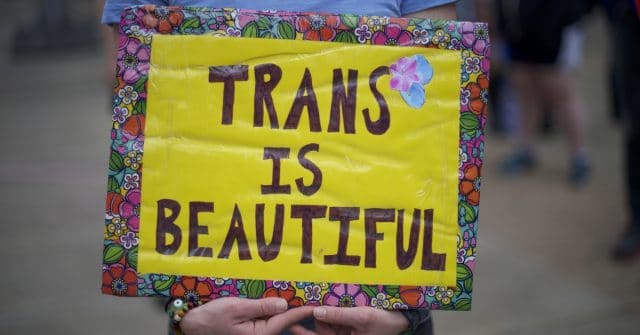 Trans women in Pennsylvania are suing to overturn a state law that forces them to use their male birth names.

A lawsuit was filed on behalf of Alonda Talley, Chauntey Mo’Nique Porter and Priscylla Renee Von Noaker by the Transgender Legal Defense & Education Fund (TLDEF) on Wednesday (May 28).

The trio are seeking to challenge a law in Pennsylvania which bars name changes for people who have certain felony convictions.

The three women all live as female, but are being forced to use their birth names because they were convicted of felonies before transitioning.

The lawsuit, filed under their birth names, explains: “When engaging in everyday transactions, including attempting to secure employment or medical treatment, they are hampered by the discrimination and confusion that results from being women who present identification that causes them to be incorrectly perceived as male.

“Petitioners want to change their names to reflect their female gender, but are barred from doing so simply because they were convicted of felonies years ago.”

Porter, 39, was convicted of aggravated assault in 2008, and now works at a holistic wellness clinic.

Talley, 32, was convicted of aggravated assault in 2009, and is now a a volunteer receptionist at The Philadelphia AIDS Consortium.

Von Noaker, a 68-year-old native American who identifies as Two Spirit, served ten years in prison after a rape in 1987.

Talley explained that having her birth name on ID frequently leads to her identity being challenged, including while voting, paying bills over the phone, drinking in restaurants, and buying cigarettes at the supermarket.

In her affidavit, Porter adds that she was told that she was ineligible to receive gender confirmation surgery, after officials concluded her legal name suggests she is not “living as a woman.”

Reed Smith’s M. Patrick Yingling, part of a team representing the case pro bono, said: “Pennsylvanians with felony convictions who seek to change their names are immediately stopped in their tracks.

“The three petitioners and other Pennsylvanians who face this obstacle have a clear right to relief.

“There is an urgent need for them to avoid further injuries that cannot be compensated for by damages, and there is every likelihood that greater injuries will result from refusing to grant this relief.”

Reed Smith lawyer Luke E. Debevec added: “The right to control one’s name and self-identity is a fundamental right, as is the right to avoid disclosure of sensitive personal matters.

“A person ought to be able to obtain a name change to match their gender. Prohibiting a person from changing their name compels a person to speak or to refrain from speaking in unbearable ways daily.

“For the Commonwealth to foreclose any way to prove a legitimate purpose for a name change violates the rights enshrined in our constitution.

“The outcome of this petition will affect all individuals across the state in similar circumstances who seek to change their name.”

TLDEF’s Noah Lewis added: “We commend our pro bono partner Reed Smith for filing this action aimed at ending this discriminatory law which puts an extremely vulnerable group of transgender people at even greater risk for harm.”

The lawsuit asks the Commonwealth Court to declare the law unconstitutional and enjoin the state from enforcing it, permitting the trans women to apply to use their chosen names.