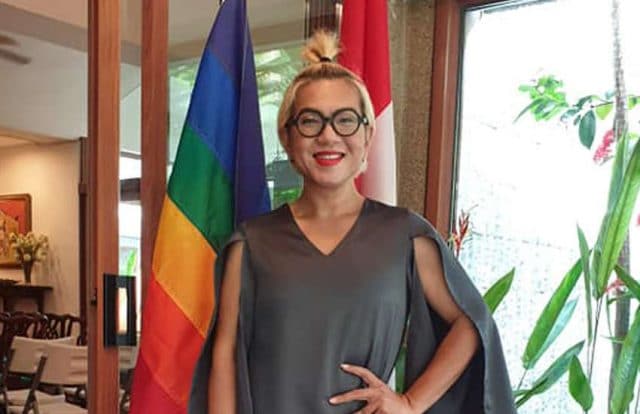 ‘[Equality] is one thing that [this law] will definitely not achieve. The civil union bill actually serves to widen the rift rather than bridge it because it contradicts the basic premise that we’re all equal’

The law would give same-sex couples the right to register, own and inherit property together. They can also make joint medical decisions.

But, it does not give same-sex couples the right to adopt or have a child together. Thailand’s Civil Code would remain as between one man and one woman.

Tanwarin Sukkhapisit said, however, the bill had done a ‘great job’ in raising awareness.

She thanked everyone that worked on the bill and said it proves the LGBTI community has a lot of allies.

It comes as on Friday became the first in Asia to get married. The government’s compromise bill grants marriage, but not equal rights to heterosexual couples.

LGBTI activists in the Philippines this week also .

A coalition of LGBTI groups said it will not ‘in any way be marriage equality’. The bill ‘creates a distinction between married couples and civil partners’ they said.

It was the first general elections since a military coup in 2014.

FFP, the biggest challenge to the military’s party, included a slew of LGBTI policies in their election manifesto.

They now have four LGBTI politicians in parliament.

Tanwarin Sukkhapisit decided to run for office with FFP after a five-year legal battle over a film she made.

In the end, Thai censors removed a nude scene before it could be shown.