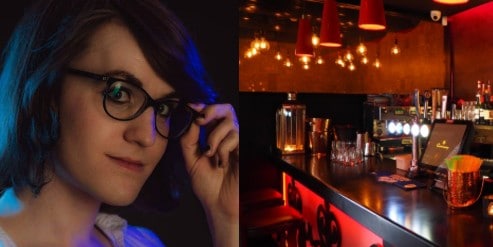 A transgender woman has opened up about her experience of being misgendered by a drag queen at a show in a San Francisco gay bar.

Sarah—whose name has been changed to protect her safety and identity—opened up about the experience on Twitter after being misgendered in Aunt Charlie’s Lounge in San Francisco on April 27.

Sarah said she asked where the restroom was in the venue, but was left disappointed and upset when she was directed tothe men’s room, which was “filled only with urinals.”

She said that a man walked in after her and said: “Oh, this is the girl’s,” to which the drag queen responded: “Oh no, she’s not a girl.”

Sarah told PinkNews that the incident made her feel “absolutely awful.” She left the gay bar feeling “humiliated” and “all alone in the world.”

“If experiencing transphobia without apology or acknowledgement or anyone’s support in that space is what I’m expected to just tolerate, then I can’t bear to be in that space,” Sarah said.

“But without those queer spaces, where am I supposed to go? I just felt awful.

“I was only in town for a facial feminization consultation, so I just went home in a cab and cried until I fell asleep on the host’s couch.”

Before going home, Sarah tried to go to another gay bar—but discovered a sign upon arrival that said customers needed to be aware that it is a “gay men’s bar.”

She briefly considered looking for a lesbian bar, but decided against it as she was afraid of encountering trans-exclusionary radical feminists (TERFs). Sarah avoids such bars as she doesn’t want to encounter women who think trans women are “just secretly men” who are trying to get into women’s spaces for “nefarious reasons.”

The transgender woman felt “humiliated” by the experience (Pexels)

“I’ve had a lot of women like that harass me and say really awful things online calling me a man because I dress too feminine, or too masculine, or because I make jokes about my experiences, or any excuse really to just say I’m a man,” Sarah said.

Her experience in the San Francisco gay bar was not her first run-in with cisgender drag performers. At her city’s pride festival, Sarah said drag performers asked to hear a shout-out from gay men, then from lesbians, and then from allies.

“The explicit privileging of cis, heterosexual people not only over trans and bisexual people, but to their complete exclusion at an event about all of us hurt every time it happened over the weekend,” she explained.

She also said that she has had cisgender people refer to her as a drag queen, indicating that some are likely to view her gender identity as “a source of amusement based only on my appearance.”

Going forward, Sarah would like to see drag queens undergo sensitivity training to ensure that they adequately understand transgender people’s identities. She wants them to “understand that they’re not allowed to make fun of people for whom their gender expression is their identity rather than comedic performance.”

“I think performers need to, when relevant, pay respect to the trans women that have helped us all move forward. At the very least, don’t give a shoutout to allies until after you’ve given one to trans people.”

PinkNews has reached out to Aunt Charlie’s Lounge in San Francisco for comment.