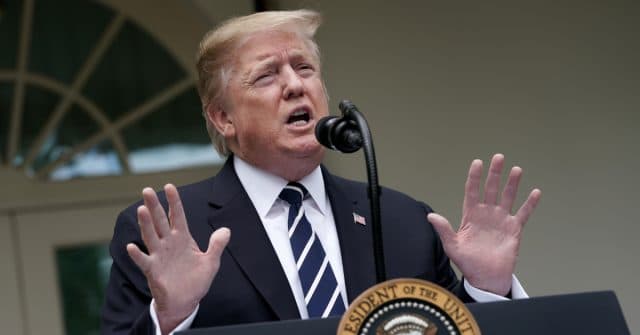 The Trump administration has filed a 204-page proposed regulation that would roll back health care protections for transgender people.

The US Department of Health and Human Services (HHS) published a document on Friday (May 24) that proposes eliminating gender identity as one of the factors in health care and government policy.

The regulation would reverse changes made by the Obama administration and comes as another knock to the transgender community.

The draft rule would reverse protections in the Affordable Care Act made by the Obama administration in 2016 that incorporated gender identity into discrimination “on the basis of sex.”

Rather than including transgender patients, the term “sex” would now be open to interpretation thus removing such specific protections.

The HHS said the redefinition was necessary because “a federal court found they were unlawful and exceeded Congress’s mandate.”

It added that the new rule would allow the words to be used “using their plain meaning when they were written, instead of attempting to redefine sex discrimination to include gender identity and termination of pregnancy.”

The draft rule marks the third rollback by the Trump administration against transgender protections in just one week, after previously allowing health care workers to refuse to treat transgender patients on religious grounds and allowing homeless shelters to turn down transgender people.

The Transgender Law Centre claims the new rule will put up unnecessary borders between two million transgender people and the health care they need and would also weaken civil rights protections for patients.

Kris Hayashi, Executive Director for Transgender Law Center, said: “This proposed rule is yet another outright attack from the Trump administration on the health, well-being, and survival of transgender people.

“Everyone should be able to go to the doctor when we need help without being turned away or denied treatment because of who we are. That’s what the law says, yet in practice, many transgender people still face devastating discrimination in health care.

The rule will go through a 60-day public comment period and, if successful, would be likely to draw legal challenges similar to President Trump’s transgender military service ban.

Mara Keisling, Executive Director for the National Center for Transgender Equality, added: “This is not about free health care or special treatment. It’s about the right of every American to be treated with dignity when they walk into an emergency room, meet a new doctor, or find the right insurance plan.

“If permitted, this rule will promote ignorance and hate that no American should have to face while seeking care, and we are ready to fight it with everything we’ve got.”

The HHS added that a further 1- regulations concerning discrimination on the basis of sex were also due to be amended.