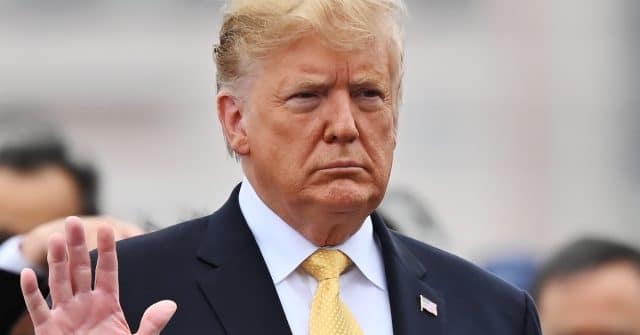 The Trump administration is facing a lawsuit from LGBT+ groups over a new rule that grants healthcare workers the right to discriminate based on their religious beliefs.

President Trump announced on May 2 that the Department of Health and Human Service would enact a plan to scale down discrimination protections in healthcare.

The new guidance tells healthcare professionals: “You have the right under Federal law to decline to perform, assist in the performance of, refer for, undergo, or pay for certain health care‐related treatments, research, or services….that violate your conscience, religious beliefs, or moral convictions.”

Lambda Legal, Americans United and Center for Reproductive Rights filed a challenge to rule at the U.S. District Court for the Northern District of California on Tuesday (May 28), representing LGBT+ charities and other campaign groups.

The lawsuit alleges that the rule is unconstitutional as it “advances specific religious beliefs in violation of the First Amendment [and] violates patients’ rights to privacy, liberty and equal dignity as guaranteed by the Fifth Amendment.”

Lambda Legal senior attorney Jamie Gliksberg said: “The breadth of the harm this new rule will cause is impossible to exaggerate, and opens up yet another front in the Trump Administration’s assault on civil rights of minorities and already marginalised, vulnerable populations.

“This almost limitless invitation to discriminate will inevitably result in women, LGBT people and religious minorities facing hostile health care workers and denials of medical care at moments of greatest need, where any delay could be fatal.”

Rachel Laser of Americans United said: “The Trump administration will stop at nothing to sanction discrimination in the name of religion in every facet of our lives.

“We will not tolerate this dangerous policy that puts the health of women, LGBTQ people, religious minorities and so many others in jeopardy.

“Our government should be protecting America’s patients, not putting their lives at risk and calling it religious freedom. The Constitution does not condone this type of grave harm to others.”

Hector Vargas of GLMA said: “The Denial of Care rule strikes at the very core of GLMA’s mission by encouraging discrimination in healthcare against LGBTQ people, people living with HIV and women, all of whom already face frequent and pervasive discrimination when seeking healthcare.

“The Denial of Care rule also stands in direct conflict with the Joint Commission and the major medical and health professional associations representing physicians, nurses, nurse practitioners, physician assistants, psychologists, social workers and other healthcare providers that have adopted standards to ensure all patients, including LGBTQ patients, are treated with respect and without bias and discrimination.

“The rule endangers the lives of LGBTQ people by putting their health at risk and must be invalidated immediately.”