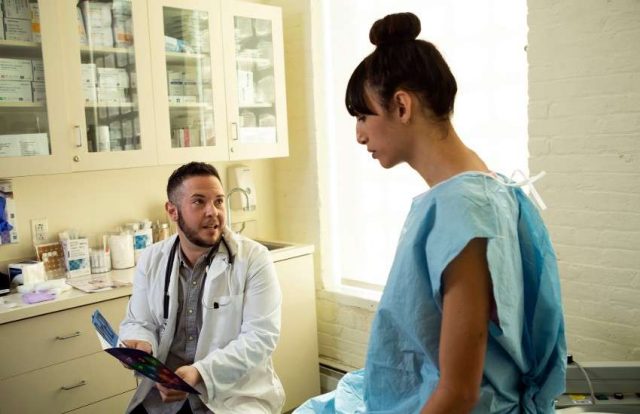 In the Trump Administration’s latest attack on the LGBTI community, and specifically transgender individuals, a new proposed rule makes it legal for healthcare providers to discriminate against trans patients.

The Department of Health and Human Services (HHS) announced the new rule change on Friday (24 May).

It specifically defines an Obamacare policy and makes it less safe for transgender people to seek healthcare.

Section 1557 of the Affordable Care Act prohibits discrimination in healthcare. It prohibits it on the basis of race, color, national origin, sex, age, or disability. Since 2012, sex has been interpreted to include sexual orientation and gender identity.

Under HHS’ new rule, however, sex explicitly does not cover sexual orientation or gender identity. It also doubles down on giving healthcare providers the right to deny LGBTI people based on religious and moral justifications, which was earlier this month.

A about this new rule prepared by the Human Rights Campaign and other LGBTI organizations detail the consequences it will have on LGBTI people.

‘Studies have consistently shown that transgender people face ,’ the report states. ‘This discrimination takes the form of hostile treatment or harassment, disparate treatment, or in some cases .’

A recent survey of trangender Southerners showed safe access to healthcare is one of their and concerns.

Other reports have detailed healthcare difficulties faced by other members of the LGB community. Bisexuals, for example, have some of the in the US.

Such discrimination can lead transgender, gender nonconforming, and other LGB individuals to avoid seeking healthcare, even in life-threatning situations.

‘No person should be deprived from receiving life-saving treatment simply for being who they are,’ Marra said.

‘There is nothing conscionable or humane about placing transgender people in harm’s way when we already face immense barriers. This administration has made it clear that transgender people are prime targets and we will continue to push back against their insidious agenda.’

‘The Administration’s new rule change underlines this disparity in bold black paint and gives discrimination a blanket thumbs-up,’ Gibson-Hill said. ‘This policy is not just a step in the wrong direction – it’s a hard shove off the map, the latest attempt by this Administration to deny humanity to transgender people.’

Many people in the US access healthcare through work, which this rule could also affect.

‘President Trump’s action to strip protections for trans patients reflects harmful values that have already been roundly rejected by American companies, and the millions of Americans who work there,’ said Erin Uritus, CEO of Out & Equal Workplace Advocates.

‘The notion that a person needing medical attention at an Emergency Room could be denied care at their most vulnerable is unacceptable.’

Uritus also reiterated the idea that inclusive workplaces are good not only for employees, but for business as well.

‘Nearly two-thirds of America’s largest companies already offer trans-inclusive healthcare coverage. They do so not only because it is the right thing to do. They do so because it makes good business sense. Corporate America has figured out that inclusiveness pays off by driving growth and productivity.’

‘No matter what President Trump does, trans people will not be erased.’