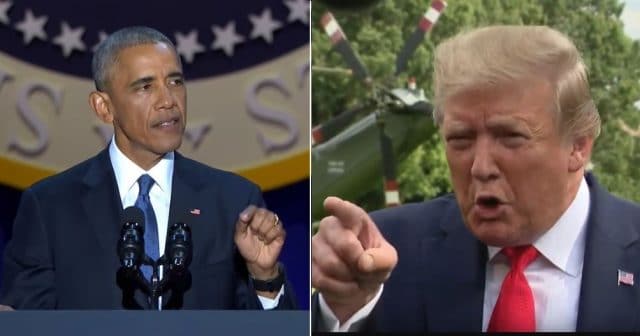 President Trump lashed out at probes into his 2016 campaign and Russian election interference on Friday, suggesting that investigators should open a probe into a book deal signed by former President Barack Obama and former first lady Michelle Obama.

“They want to investigate, they want to go fishing and I watched Bob Mueller and they have nothing,” Trump said of Democrats during an Oval Office gathering to announce an agreement with Guatemala.

Trump did not elaborate or offer any evidence to reporters about why a probe would be warranted.

Trump’s lengthy rant appeared to be referencing reports from 2017 that the Obamas secured a $60 million advance for one book written each by Michelle and Barack Obama. The former first lady’s book, “Becoming,” was published last year and became a best seller.