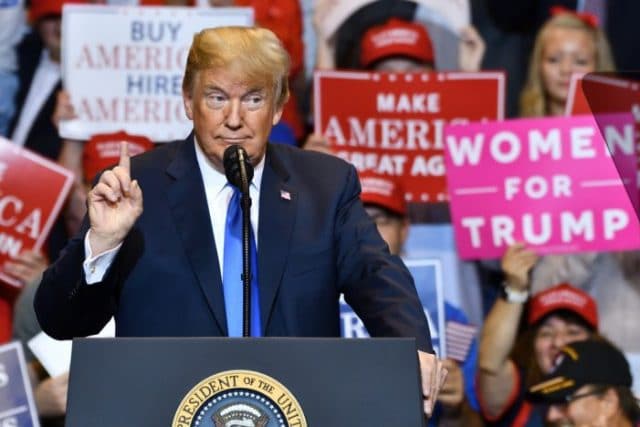 At last night’s rally in Cincinnati, President Trump claimed that if he is reelected, he will cure AIDS and childhood cancer “very shortly.”

His gullible supporters cheered after Trump told them, “The things we’re doing in our country today, there’s never been anything like it. We will be ending the AIDS epidemic shortly in America, and curing childhood cancer very shortly.”

In reality, Trump has slashed funding for HIV and AIDS research and, in some cases, stopped ongoing research on a cure altogether at the bidding of the religious right.

During Trump’s 2019 State of the Union address, he promised to end all HIV infections in America within ten years. His bombastic promise was met with extreme skepticism since it came months after the members of the Presidential Advisory Council on HIV/AIDS resigned, saying Trump “has no strategy to address the on-going HIV/AIDS epidemic.”

Trump fired the rest of the appointees and disbanded the board shortly after. It has since been reincarnated by a bunch of white straight men despite the large percentage of minority, female, and LGBTQ people who live with the disease.

The president has also taken money from AIDS programs to pay for his policy of separating migrant children from their parents. Trump has also paved the way for making HIV a pre-existing condition that insurance companies can choose not to cover.