Donald Trump and Brexit are examples of why same-sex marriage supporters can’t be complacent about polls predicting a ‘yes’ win, a Greens senator says.
As the postal vote survey campaign approaches its final fortnight, thousands at a marriage equality rally in Sydney have been urged to keep up their momentum.
A Newspoll, published earlier this week, suggested three in five Australians who have already voted ticked ‘yes’.
“That’s great news but remember last year Brexit and the Trump wins defied the polls,” Greens senator Lee Rhiannon said at a ‘yes’ rally in Sydney.
“Tony Abbott is out there saying there are millions of voters still and the ‘no’ campaign is going after them.
“We need to use Tony Abbott’s words as a rallying cry for us.”
The Australian Bureau of Statistics says two in every three eligible Australians had voted by October 13, leaving five million votes outstanding.
Wednesday’s Newspoll suggested most of the people who haven’t voted yet “definitely will” or “probably will”.
Tiernan Brady, executive director of the Equality Campaign that organised Saturday’s rally, told supporters to fight to the end of the campaign.
“Someday we’ll all wonder what the fuss was about,” he said.
“The day after marriage equality happens, no one will be less married and no one will be more gay.”
The Coalition for Marriage, which is campaigning for a ‘no’ vote, says it is a referendum on the Safe Schools program, freedom of speech and freedom of religion.
ABS advises those yet to vote to post it by Friday to ensure it counts.
Votes will be accepted until 6pm on November 7. 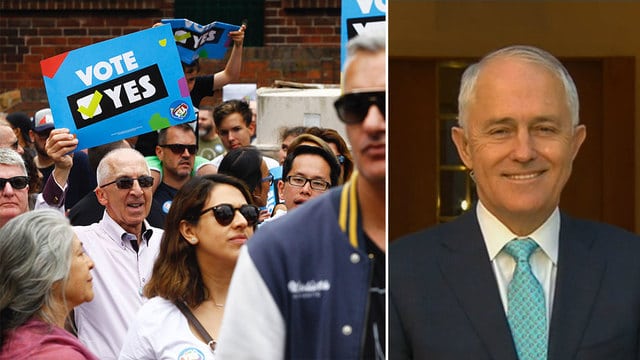 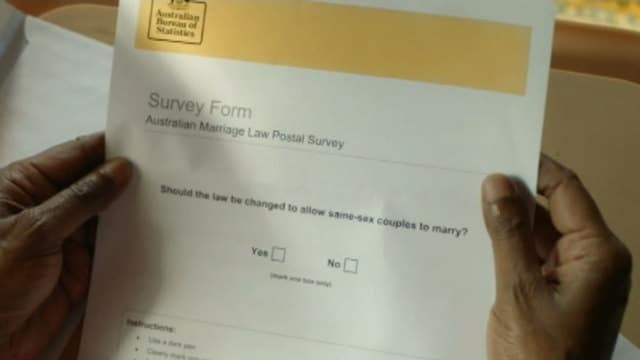