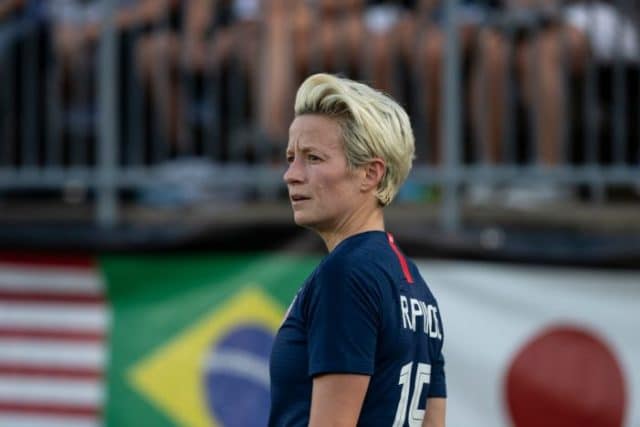 Quick recap: Last week, Rapinoe emphatically stated that she won’t be visiting the White House if her team wins the Women’s World Cup. “I’m not going to the f–king White House,” she said “We’re not gonna be invited. I doubt it.” She has been a vocal critic of Trump’s policies.

In response, Trump invited the team to the White House regardless of whether they win or lose. He also criticized Rapinoe’s habit of kneeling and not singing the National Anthem before games in support of former NFL player Colin Kaepernick’s protest of America’s institutional racism.

Trump tweeted, “Megan should WIN first before she TALKS! Finish the job! … Megan should never disrespect our Country, the White House, or our Flag, especially since so much has been done for her & the team.” 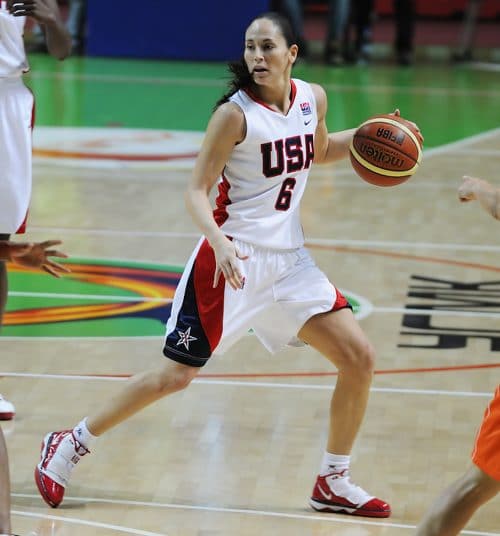 In her article, Bird wrote:

“If it’s not already clear: I’m SO proud of Megan!! And the entire damn USWNT… If you could do me a favor, let’s just take a second, for real, and appreciate this RUN my girl’s been on?? … Two goals against Spain. Two goals against France, WHILE A GUEST IN THEIR MAISON.”

“I’ll answer The Question. The one that’s probably most on your mind. And by that I mean: What’s it like to have the literal President of the literal United States (of literal America) go Full Adolescent Boy on your girlfriend?”

Bird said that even though she and Rapinoe’s political leanings are similar, their dispositions are not, and the president’s tweets kind of “scared the sh*t” out of her:

I mean, some of it is kind of funny….. but like in a REALLY? REALLY? THIS GUY??? kind of way. Like, dude — there’s nothing better demanding your attention?? It would be ridiculous to the point of laughter, if it wasn’t so gross. (And if his legislations and policies weren’t ruining the lives of so many innocent people.) And then what’s legitimately scary, I guess, is like….. how it’s not just his tweets. Because now suddenly you’ve got all these MAGA peeps getting hostile in your mentions.

Bird concluded her comments on Rapinoe and Trump by stating, “I think Megan’s sensitivity is what drives her to fight for others. I think it’s what drove her to take a knee. The Megan you’re seeing now? It’s the stronger version of the one who knelt in the first place. All the threats, all the criticism, all the fallout — coming out on the other side of that is what makes her seem so unfazed by the *ssholes of the world now.”

After Trump issued his tweets against Rapinoe last week, her out teammate Ali Krieger wrote in a tweet, “In regards to the ‘President’s’ tweet today, I know women who you cannot control or grope anger you, but I stand by @mPinoe & will sit this one out as well.”