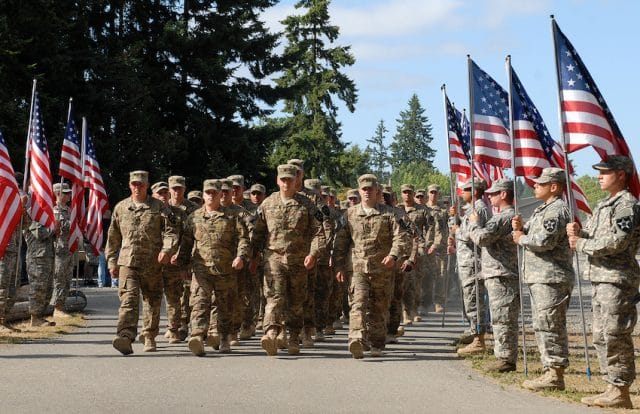 While visiting the United Kingdom on a three-day state trip, Donald Trump sat down with Piers Morgan of Good Morning Britain. During their conversation, Trump made false claims about transgender military troops.

The discussion covered a myriad of topics, and when Morgan asked Trump about the transgender military ban, which , Trump defended the policy.

‘They take massive amounts of drugs, they have to, and you’re not allowed to take drugs,’ he told Morgan of transgender personnel. ‘I’m proud of them, but you have to have a standard, and you have to stick by that standard, and we have a great military and I want to keep it that way.’

It is unclear where Trump’s claims are coming from as they are unsubstantiated by facts.

It’s also a the military spends exclusively on Viagra.

Studies have also shown the ban itself would cost more than the healthcare itself.

In 2017, the Naval Postgraduate School in Monterey, California and the Palm center estimated it would to implement the ban.

The American Medical Association (AMA) also penned a letter stating there is to ban transgender individuals from the military.

According to GLAAD, this is Trump’s on the LGBTI community since assuming office.

This year he , but his actions — time and time again — show hostility towards the LGBTI community, including these most recent comments.