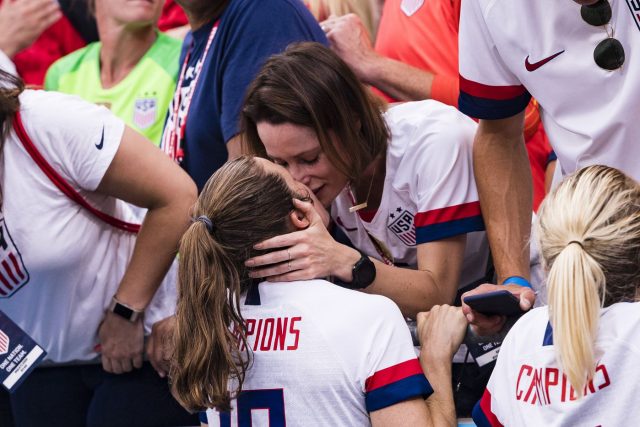 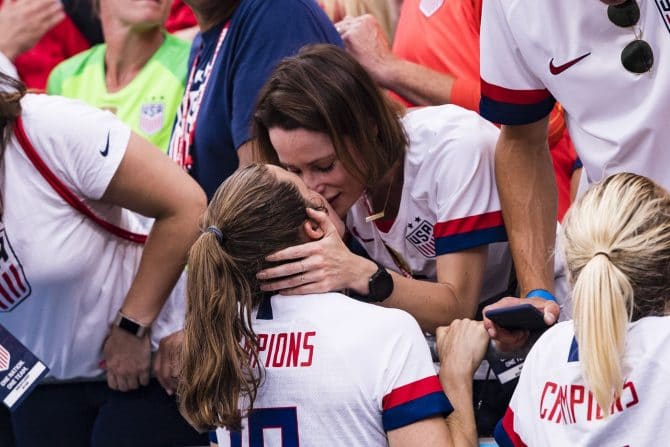 Following the big win by the American team at the World Cup Finals, O’Hara received praise for picking up an American flag which had accidentally fallen to the field. Fox News’ Walid Phares called O’Hara a “new American heroine.” The network even ran a story on O’Hara’s teammates Megan Rapinoe and Allie Long dropping and accidentally stepping on the flag. Rapinoe, in particular, has hotly criticized Donald Trump’s anti-LGBTQ policies.

As the far right singled out O’Hara for praise, few pundits noticed that after picking up the flag, she rushed across the field to her girlfriend and locked lips. That makes her the 42nd identifiable LGBTQ player in the Women’s World Cup.

The US team has earned as much attention for its wins in recent days as for its harsh criticism of the Trump Administration. Rapinoe rejected an invitation by Trump to visit the White House, as a have several other players. No doubt the folks over at Fox had hoped O’Hara might break rank with her teammates, though if we had to place bets, we think she’ll skip out too.