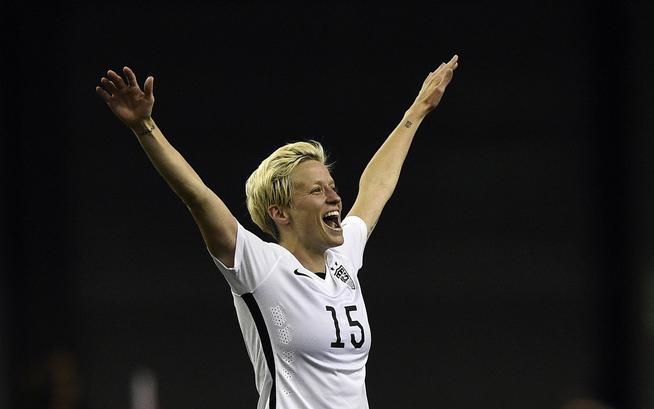 Fresh of her win at the Women’s World Cup and the newfound megastardom that followed, out-lesbian soccer player Megan Rapinoe has slammed Donald Trump for his administration’s treatment of queer people.

Rapinoe appeared on Anderson Cooper 360 to discuss her big win at the World Cup, and to address the already brewing controversy over her taking a knee during the National Anthem. She had previously said she would kneel as a sign of solidarity with football player Colin Kaepernick, who knelt to protest the treatment of people of color by police.

She also defended her choice to protest during the National Anthem. “I think that taking care of others, standing up for yourself and other people if they don’t have the ability to do so, is very uniquely American. I think everyone in America would say that and I think we have a rich history and a pride in saying that in those words and often times in doing that in the world. I don’t think anybody can deny the horrors of racism and Jim Crow and mass incarceration and what’s happening on the southern border and gay rights and women’s rights. A lot of the people that disagree with me would benefit greatly from a world that is better for everyone…Protest is not comfortable, ever.”