Home Gay Life Trump: I Couldn’t Have Raped E. Jean Carroll Because ‘She’s Not My... 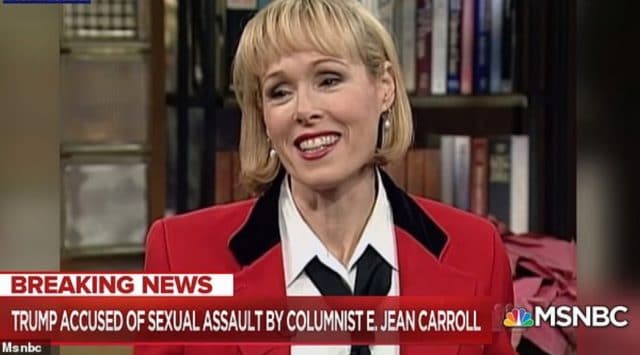 President Trump said Monday that writer and advice columnist E. Jean Carroll was “totally lying” when she recently accused him of raping her during an encounter in a New York department store in the mid-1990s, suggesting that he couldn’t have done it because he wouldn’t have been sexually attracted to her.

“I’ll say it with great respect,” Trump said in an exclusive interview with The Hill.

Carroll recounted the attack in an upcoming memoir, What Do We Need Men For? A Modest Proposal, an excerpt of which was published in New York magazine on Friday.

Trump denied the allegations in a statement on Friday, claiming he had “never met” Carroll.

A major issue with Trump’s statement is that the New York magazine article includes a photo of Trump and Carroll, along with their then-spouses at an NBC party around 1987.