Home Gay Life Trump is already being sued over his plan to allow healthcare workers... 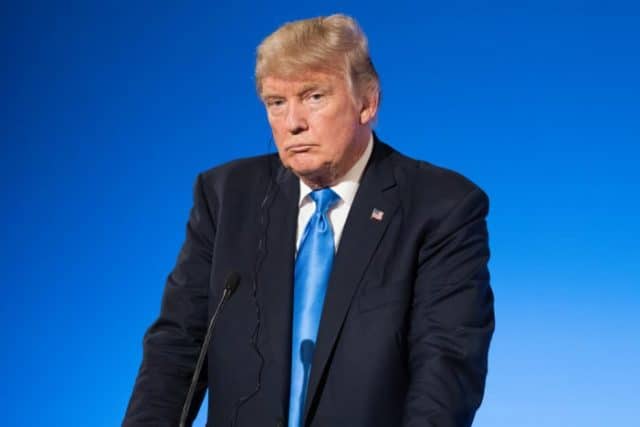 A recent rule change by the Department of Health and Human Services will be challenged in federal court by a number of organizations. The rule in question would allow healthcare providers to refuse service by citing religious or moral objections.

The rule was initially drafted in January of last year, and was finalized by the HHS early this May. It will take effect on July 22. President Trump announced the rule from the Rose Garden of the White House during a speech on behalf of the National Day of Prayer.

The lawsuit, County of Santa Clara vs. U.S. Department of Health and Human Services, argues that the “Denial of Care” rule is overly broad, and will endanger the lives of LGBTQ people and others.

“The breadth of the harm this new rule will cause is impossible to exaggerate, and opens up yet another front in the Trump Administration’s assault on civil rights of minorities and already marginalized, vulnerable populations,” said Jamie Gliksberg, Lambda Legal’s Senior Attorney.

“This almost limitless invitation to discriminate will inevitably result in women, LGBT people and religious minorities facing hostile health care workers and denials of medical care at moments of greatest need, where any delay could be fatal,” Gliksberg added.

The lawsuit was filed by Lambda Legal, as well as Americans United for Separation of Church and State and the Center for Reproductive Rights.

“The Trump administration will stop at nothing to sanction discrimination in the name of religion in every facet of our lives,” said the President of Americans United for Separation of Church and State, Rachel Laser. “We will not tolerate this dangerous policy that puts the health of women, LGBTQ people, religious minorities and so many others in jeopardy.”

There are already rules in place within the federal government that allow health care workers with a religious or moral objection to abstain from providing, for example, abortions or transgender-specific surgeries. The new rule, however, expands upon this, adding far more classes of healthcare workers, including emergency medical technicians and even administrative staff to the list of those allowed to refuse help.

Many also fear that the new rule could allow patients who are LGBTQ to be refused health services purely based on their sexual orientation or gender identity. In some locations, for example, a Catholic-owned hospital may be the only one for miles around.

The HHS rule is in addition to another that would specifically deal a blow to care to transgender people under the Affordable Care Act. That one will also likely be challenged in court.