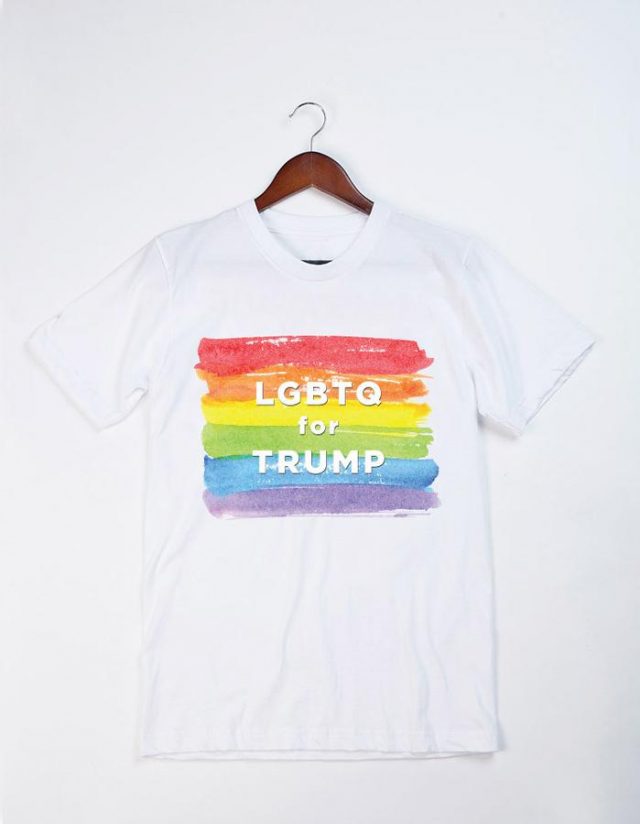 US President Donald Trump is marketing a “Trump Pride Tee” in his online shop, next to “Make America Great Again” hats.

The caption for the T-shirt reads: “Show your pride and your support for Trump with this exclusive equality tee.” It is “proudly made in the USA.”

As of April 2019, the Trump administration had attacked LGBT+ rights more than 100 times, according to GLAAD.

The 100 actions include the Trump administration’s well-documented attacks on transgender rights, banning trans people from serving in the military and stripping protections for trans kids in schools.

Trump has not officially acknowledged Pride month since becoming president in 2017.

The Stonewall protests are commonly regarded as the beginning of the modern gay rights movement.

Stonewall, the UK LGBT+ charity and campaigning organisation named after the riots, turns 30 on Friday.

“Trump — who banned trans troops, is against LGBT employment protections, wants ppl to be able to turn away LGBT customers, & is denying citizenship to kids of US gay couples born out of wedlock — is selling LGBTQ for Trump shirts for Pride,” David Mack of BuzzFeed tweeted.

He added, “Worth noting that the Trump White House has never even put out a symbolic statement to mark June as Pride Month. But, sure, his campaign will take your rainbow dollars.”

“This is probably the stupidest, most hypocritical, most ridiculous thing I have seen today,” tweeted another user.

This week, it was revealed the Trump administration is considering allowing homeless shelters to turn away transgender women under religious discrimination protections.