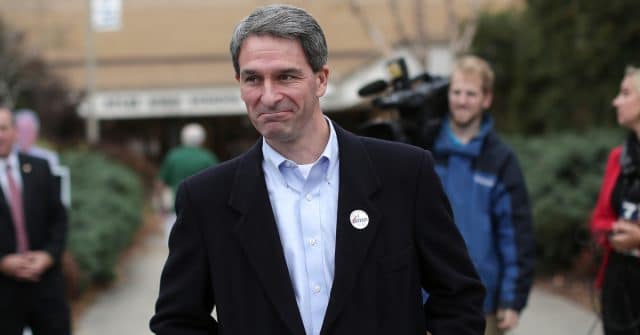 The President had reportedly planned to hire Cuccinelli to coordinate border policy, but will instead now nominate him to lead the entire immigration system to succeed him.

The agency’s current director, L. Francis Cissna, resigned his post on Friday (May 24) according to the Washington Post, succumbing to pressure from within the Trump administration.

However it appears unlikely that Cuccinelli will win the necessary Senate approval.

Republican Senate Majority Leader Mitch McConnell has previously expressed his dislike of Cucuinelli when he was being floated as a possible candidate for secretary of Homeland Security.

“I have expressed my, shall I say, lack of enthusiasm for one of them… Ken Cuccinelli,” McConnell said at a briefing on April 11.

The ban was in place until 2013, when a three-judge panel ruled that it was unconstitutional based on a 2003 Supreme Court decision.

Cuccinelli wanted to use the law to prosecute a 47-year-old man who had had consensual oral sex with two women aged 16 and 17—above the age of consent in Virginia.

He filed an appeal with the Supreme Court to reinstate the ban, but was denied.

“I think in a natural law based country it’s appropriate to have policies that reflect that,” he said during his 2009 campaign for attorney general.

In 2015 Cuccinelli also rallied against marriage equality, telling NPR: “This isn’t good for our country.”

Labelling the Supreme Court’s ruling to legalise same-sex marriage a “weapon,” he added: “You will see in the coming years where people are going to be decertified.

“Priests and pastors are going to have their licenses to marry people stripped away from them because they won’t conduct same-sex marriages.

“You’ll see assaults on doctors and psychologists and psychiatrists and nurses because of their views.”

In May 2018 it was revealed that LGBT+ immigrants being held by Immigration and Customs Enforcement (ICE) higher rates of sexual assault than straight people.

Although LGBTQ+ immigrants made up just 0.14 percent of ICE detainees in the preceding financial year, they accounted for more than 12 percent of the alleged victims of sexual assault and abuse.

“These individuals, particularly transgender women, are extremely vulnerable to abuse, including sexual assault, while in custody,” Democrat Kathleen Rice wrote in a letter to the then-Secretary of Homeland Security Kirstjen Nielsen.