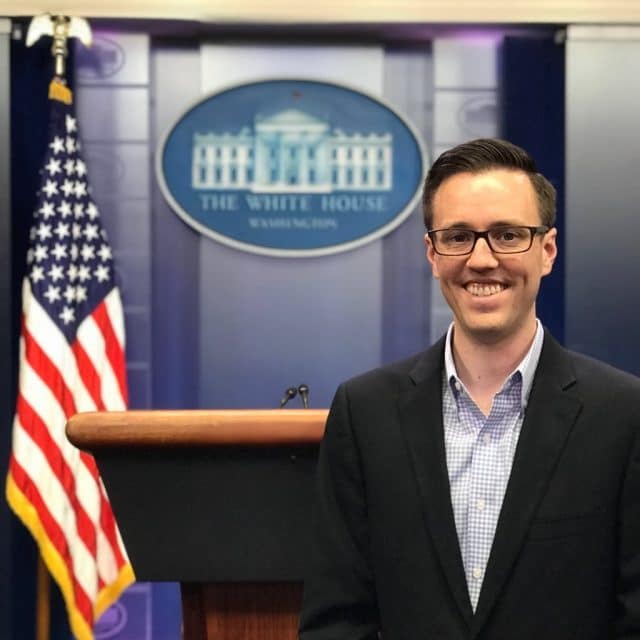 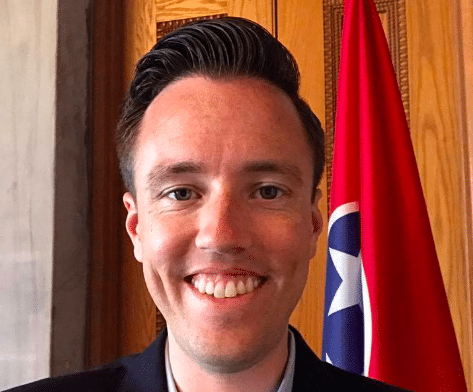 “I’m completely open about who I am,” Deere tells Buzzfeed News. “These individuals that I work with in this building don’t treat me any differently because I’m gay.”

However, Deere notes, “I don’t walk into the White House every day and say, ‘I’m Judd Deere; I’m gay.’”

Deere, who is originally from Arkansas, believes the fact that he’s risen so high up in the ranks within the White House is proof that Donald Trump doesn’t hate LGBTQ people, even if his policies suggest otherwise.

Asked about Trump’s stances on LGBTQ rights, and Deere says he doesn’t believe any of them are homophobic.

For instance, when confronted about Trump’s belief that a baker who identifies as Christian should allowed to refuse a make a wedding cake for a gay couple, he replies:  “Yeah, that’s fine. I’ll just go find another cake shop that will.”

And as for Trump’s opposition to the Equality Act, which would ban anti-LGBTQ discrimination nationwide, Deere says he believes it’s “filled with poison pills.”

“He’s been very clear that he’s going to protect the conscience rights of all Americans,” Deere says of Trump. “If the Democrats really want to work with us on passing the Equality Act, then they should actually work with the president.”

“The left tends to preach complete and total equality except for when you don’t agree 100% with them on every issue.”

Maybe that’s because, when it comes to equality, it should be 100%.

Deere says he doesn’t really care what people, especially LGBTQ, think of him working for Trump.

“They’re going to say that I’m helping the enemy,” he quips. “That’s because I don’t agree with them 100% on all issues–they think that I’m in the wrong because I’m a Republican who also happens to be gay.”

“They can get mad at me,” he continues. “I don’t go into a dark depression because somebody hates the person I work for, or wants to get upset at me because they think I’m crazy for working here, because it just doesn’t matter to me.”