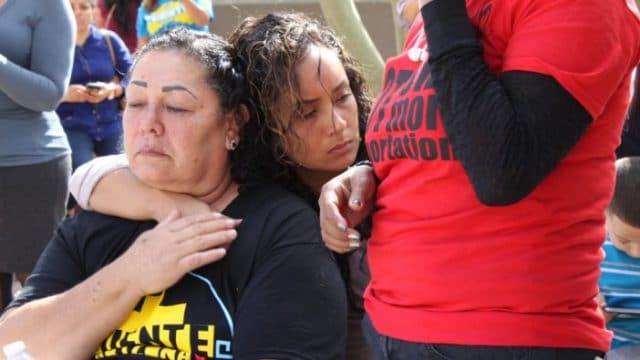 “The upcoming operation is expected to target approximately 2,000 people who have court orders to be removed. The following cities are expected to be raided: Atlanta, Baltimore, Chicago, Denver, Houston, Los Angeles, Miami, New Orleans, New York and San Francisco. These raids are said to take place over multiple days and will include deportations where “authorities might detain immigrants who happened to be on the scene.”

According to ABC News, ICE agents may visit homes and deport family members who’ve missed immigration court dates. However, the American Civil Liberties Union (ACLU) says “the government has continuously failed to properly inform individuals of their court dates” due to “massive bureaucratic errors and, in some cases, deliberate misdirection by immigration enforcement agencies.” The ACLU is challenging the upcoming raids in court as unconstitutional violations of due process.

To help friends and neighbors who may be targeted by the ICE raids, NQAPIA advises:

If ICE is at your door, know your rights. Do NOT open your door. Do NOT sign. Find an attorney. Document. Report raids or checkpoints.

If you are witnessing a raid, do not interfere in the arrest but document it. Take photos, videos, notes and ask the officers for their badge numbers. You have the right to call local “rapid response” hotlines to report ICE activity and enforcement actions.

The ACLU suggests that any undocumented immigrants questioned by ICE should say, “I want to speak to a lawyer and choose to remain silent,” because any statements can be used as evidence in court. If ICE officers force their way into your home or place of business, do not run or hide as those are grounds for arrest. Simply say, “I do not consent to this entry and search.”

Lastly, the ACLU recommends that undocumented immigrants tell their loved ones their “Alien registration number” so they can be found after arrest, memorize the phone number of a trusted resource for immigration legal advice; and tell family and friends which associates and relatives can help with familial obligations. 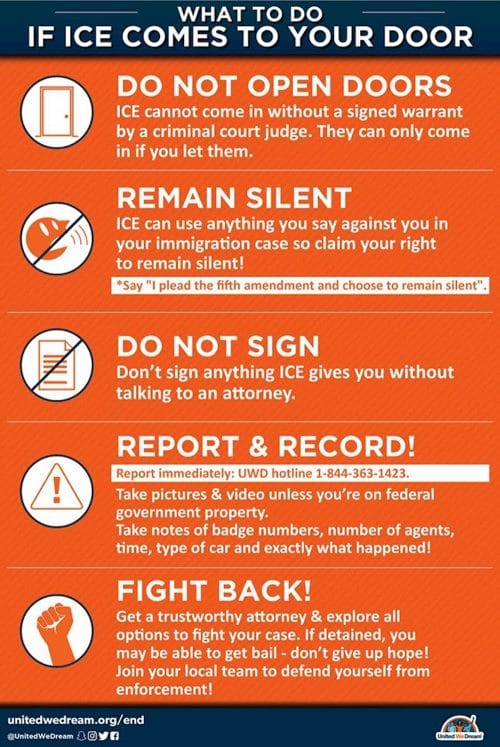