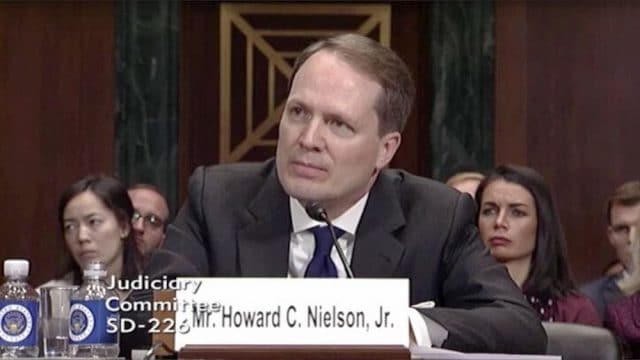 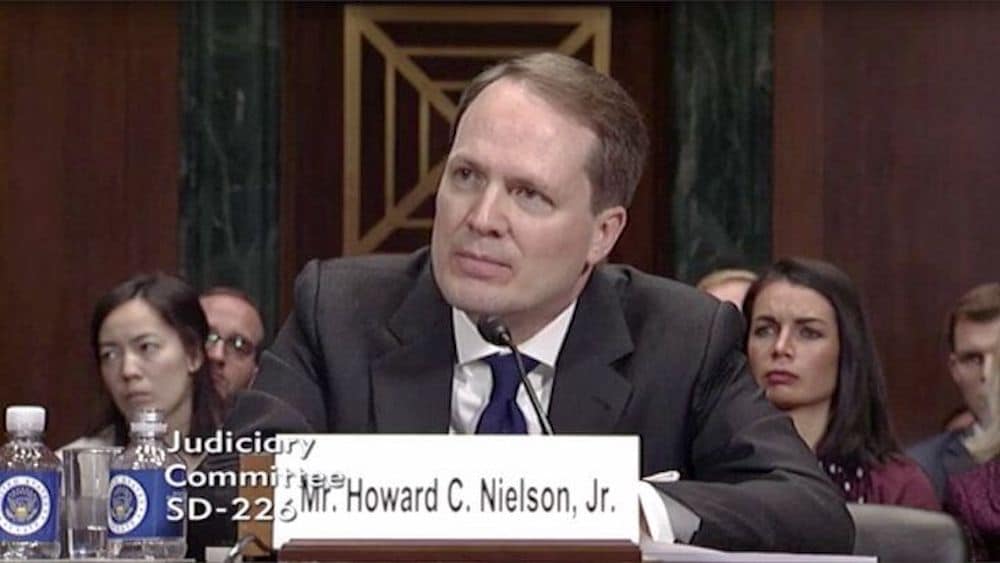 He’s so anti-LGBTQ that 15 national, state and local LGBT organizations — including Lambda Legal, The Community of LGBT Centers and the National Centers for Transgender Equality and Lesbian Rights — sent a letter to the Senate asking the Republican-led chamber not to approve him.

The Republicans there will probably approve him — because that’s how they roll — but let’s cover his extensive anti-LGBTQ record anyway.

In 2009, Nielson filed a motion saying that out gay Judge Vaughn Walker couldn’t be trusted to issue an impartial ruling on Proposition 8, the 2008 Californian ballot measure outlawing same-sex unions. This isn’t so different from when Trump said that Mexican judges can’t be impartial against him because of his racist comments about Mexicans — it’s bigoted.

In his other comments against same-sex marriage, Nielson has said that same-sex families are “inferior to heterosexual families” and that there’s no way to tell between queer people and people who are just “confused or maladjusted.” He also “argued that sexual orientation is a choice and disputed the evidence that discrimination against LGBTQ people leads to higher rates of depression and suicide,” according to The Huffington Post.

In 2005, while serving as a legal counsel for the U.S. Justice Department under rabidly anti-gay Republican President George W. Bush, Nielson wrote a memo supporting the use of so-called “enhanced interrogation techniques” (or as everyone likes to call it, “torture.”) He basically argued that the Geneva Conventions actually allow U.S. personnel to torture civilians outside of the U.S.

In 2016, Nielson authored two Supreme Court amicus briefs: The first argued that the the U.S. government wasn’t legally allowed to help Americans afford healthcare under the Affordable Care Act (a key tenet of Obamacare), and the second brief supported an unconstitutional Texas law that would’ve made abortions virtually inaccessible throughout most of the state.

He has also represented the National Rifle Association (NRA) in three different cases. Each time, he argued that any bans on semiautomatic rifles and large capacity magazines, people under the age of 21 buying or publicly carrying firearms were unconstitutional.

Over 50 Democratic Congressmen also recently sent a letter to U.S. Senators asking them not to approve Nielson for his regressive views.