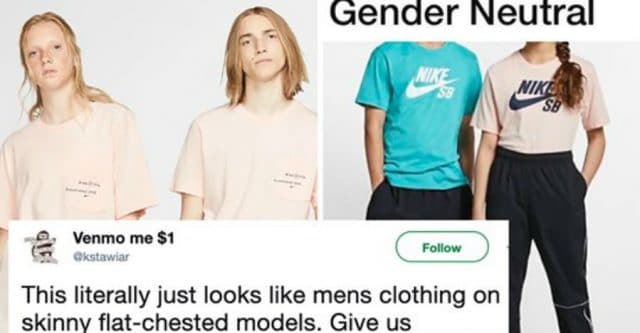 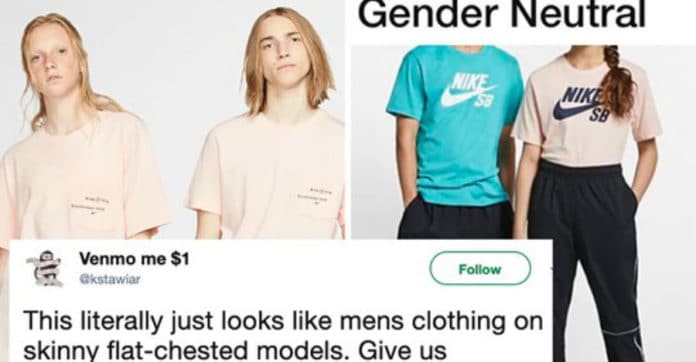 As we all know, most brands and corporations are trying very hard to ‘milk’ money off the world’s changing perceptions of gender. That’s why most clothing companies still have separate women’s and men’s lines. However, there are some who are now attempting to make unisex clothing, and one of those brands is Nike.

They recently released their “gender neutral” collection of clothes, and their website states that the line includes “comfortable and iconic looks without gender distinctions, including a wide selection of gender-neutral t-shirts, hoodies, jackets, and trousers”.

The line had a few problems, though, and Twitter was very happy to point out those problems.

First of all, the clothing is still made in men’s and women’s sizes, which is… not gender-neutral at all. 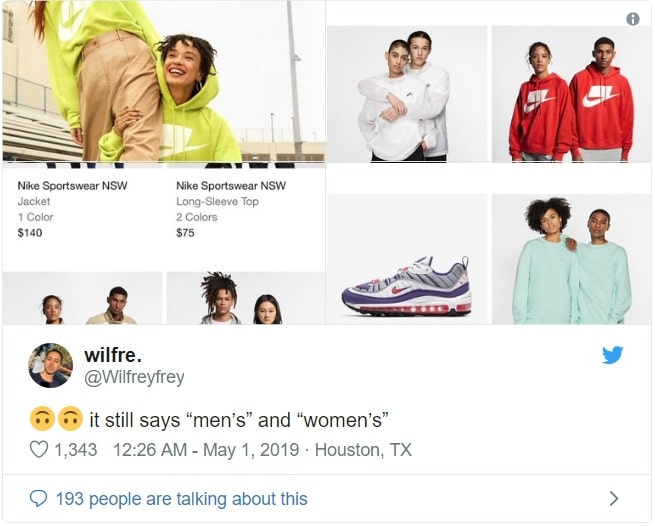 These are some of the questions people had about the collection, and some of the things they wanted to point out: 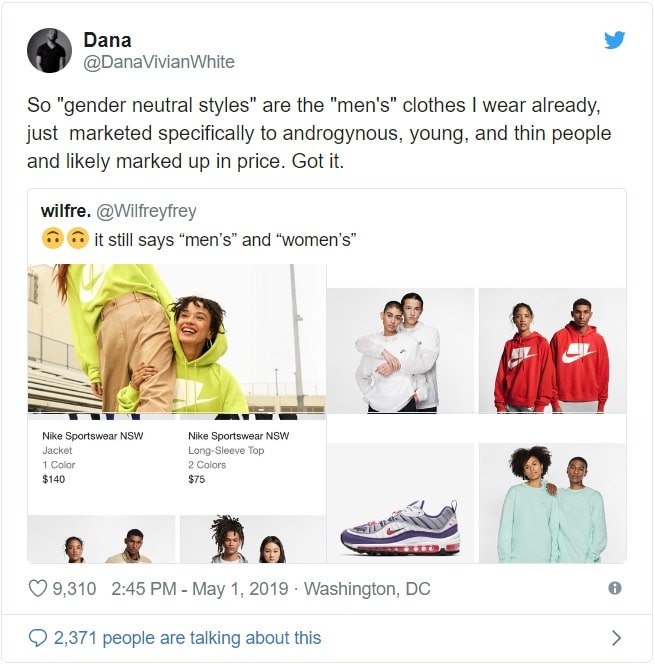 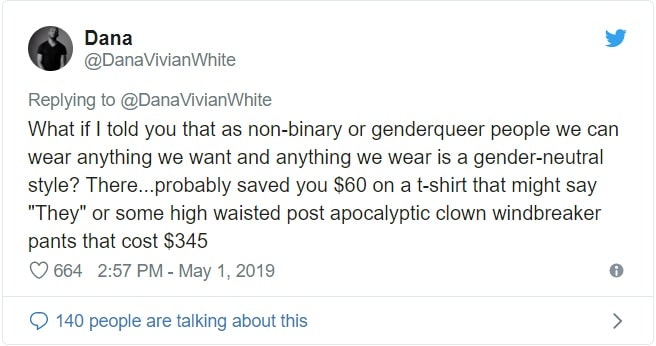 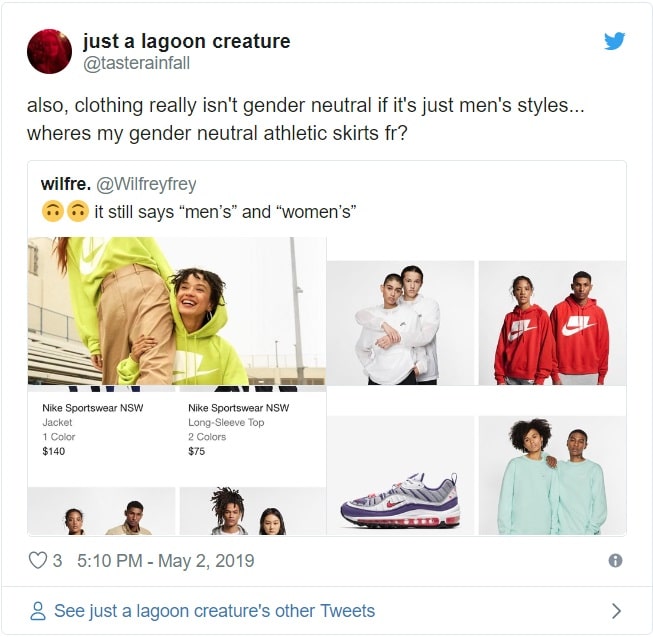 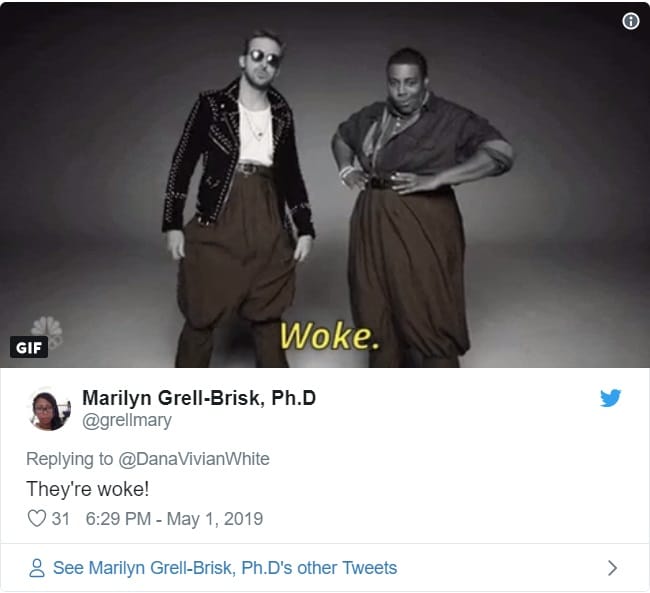