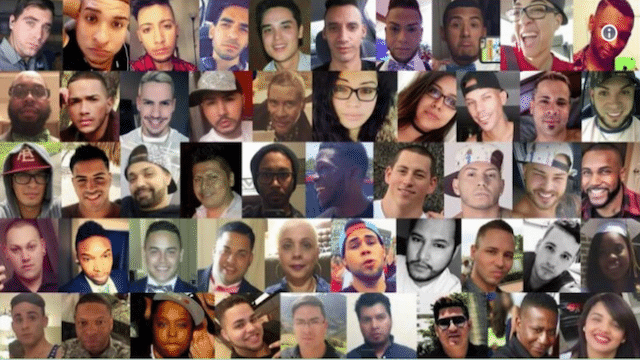 That’s just one of several reasons people are furious at Donald Trump for a tweet he sent late last night to ostensibly pay tribute to the victims of the Pulse massacre last year, which left 49 people dead.

“We will NEVER FORGET the victims who lost their lives one year ago today in the horrific #PulseNightClub shooting. #OrlandoUnitedDay.”

We will NEVER FORGET the victims who lost their lives one year ago today in the horrific #PulseNightClub shooting. #OrlandoUnitedDay pic.twitter.com/OFFUVAFBJM

Many people in the Twitterverse found the tweet disingenuous, reminding the President that he basically said “I told you so” in the aftermath of the tragedy while still a presidential candidate.

Remembering the victims of this senseless and hateful crime is IMPORTANT but it is MORE IMPORTANT to protect them in the first place!

We will also never forget how you made the shooting about you one year ago today. https://t.co/TYAhNUVn4h

A year ago today you were celebrating how "right" you were about terrorism. Literally the first tweet you sent after this tragedy. #impeach

You mean the people whose deaths you exploited to advance a prejudicial agenda?

You have some nerve tweeting this after how you reacted last year. And given how poorly you treat latinx Americans it's even more grotesque

Others took issue with Trump’s reversal of Obaba’s advances in transgender rights and the fact that he chose the floridly antigay Mike Pence as his Vice President.

this ALL CAPS tweet does not absolve u frm throwing the entire LGBTQ comm. under the bus after your election. Liar!

We will never forget your blatent disregard for lgbt rights, your appointment of homophobic Mike Pence, your talks at anti lgbt conferences

.And Americans will never forget ur recent meeting with anti-LGBT bigots and fact u picked Mike Pence as VP: https://t.co/0EtgDMY3nz

Until you stand up for LGBTQ people please refrain from USING us.

A large majority reminded Trump that his White House isn’t even officially recognizing Pride month, and that he doesn’t expressly mention that the massacre occurred at a gay club:

A great way to honor them would be by actually acknowledging Pride month.

You forgot them all of pride month. You refuse to celebrate the living and you use the death of our community to further your bigoted agenda

You don't care about LGBTQ people and you shill for the NRA to prevent any sensible gun control. How dare you talk about #PulseNightclub??

Also remember that the vast majority of the victims were #LGBTQ. Keep that in mind as you evaluate policies affecting that community.