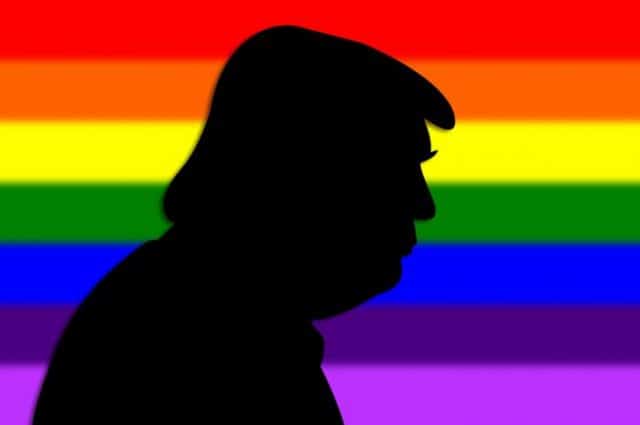 Yesterday, Trump briefly acknowledged Pride month for the first time in his three years as President, making him the first Republican president ever to do so. He did so during the Friday news dump, where embarrassing announcements go to die silently. His tweet, which has been summarized as “Be grateful we don’t execute you,” read:

“As we celebrate LGBT Pride Month and recognize the outstanding contributions LGBT people have made to our great Nation, let us also stand in solidarity with the many LGBT people who live in dozens of countries worldwide that punish, imprison, or even execute individuals on the basis of their sexual orientation. My Administration has launched a global campaign to decriminalize homosexuality and invite all nations to join us in this effort!”

It’s a disingenuous bit of homonationalism to justify his Islamophobic foreign policies. Even his “global campaign to decriminalize homosexuality” is just a “thinly veiled attempt to shame Iran for human rights violations.”

Trump said something similar during the 2016 Republican National convention. In his nomination acceptance speech, Trump said, “I will do everything in my power to protect our LGBTQ citizens from the violence and oppression of the hateful, foreign ideology, believe me.” And even that statement was made in a cynical bid for delegate votes.

Of course, Trump’s Pride announcement said nothing of his own hateful, domestic ideology, including the over 92 times he has attacked our community’s rights.

The Human Rights Campaign was unimpressed. In a statement, they wrote:

“From day one of this administration, Donald Trump and Mike Pence have systematically worked to limit the legal rights and livelihoods of LGBTQ people and failed to address the challenges and discrimination we face in our daily lives.

They have ignored anti-LGBTQ atrocities in Chechnya and anti-trans violence here at home. They have banned trans people from serving in the military and turned away trans children with civil rights complaints from the Department of Education. They have tried to eliminate the Affordable Care Act and are trying to permit medical providers to deny even life-saving care to LGBTQ people. They have attempted to ban words like “transgender” and “diversity” from CDC reports.

And in the past two weeks, reports are that they plan to deny trans people equal access to emergency shelters, needlessly and cruelly putting one of the most vulnerable groups in the country in greater danger. Trump and Pence have made it clear where they stand on LGBTQ people — we look at what they’ve done day in and day out, not what disingenuous tweet Trump decides to put out.”

A few other notable LGBTQ orgs, celebrities and pundits responded with stunned disbelief and anger too.