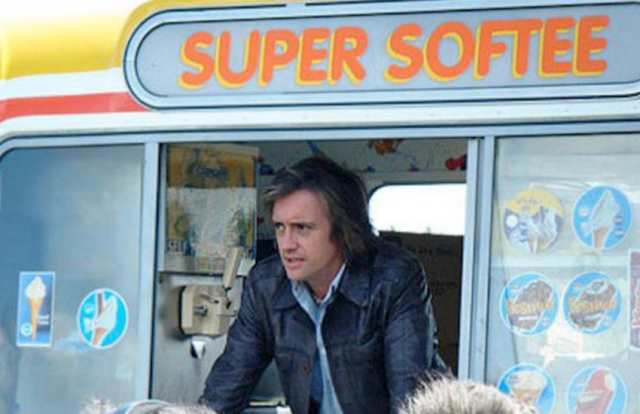 ‘Is your masculinity so fragile, eating any phallic shaped object threatens your heterosexuality?’

Host of TV show The Grand Tour, Richard Hammond has revealed he doesn’t eat ice cream because it’s a bit ‘you know’.

Implying the act of eating an ice cream is gay, Hammond says he doesn’t enjoy eating ice cream because it’s ‘something to do with being straight’.

To which Hammond replies: ‘No, but… there’s nothing wrong with it, but a grown man eating an ice cream, you know, it’s a bit… that was rather than that way.’

The cringe-worthy conversation gets a rousing applause by the studio audience, but Twitter was quick to condemn the exchange.

Richard Hammond gags while explaining ‘men who eat ice-cream are gay’ on The Grand Tour, ep 6.
Are men that watch this show bigoted weasels? pic.twitter.com/G4W9ziqLch

I wish George Michael was still alive so he could tell Richard Hammond to take his fragile masculinity and shove it up his arse.

Well, would you look at that. ? pic.twitter.com/Cbs0VX6w9W

And this whole thread:

.@RichardHammond Hiya Richard, it's Daniel. I know it's late and we've all had a lot of chocolate and prosecco the past few days, but listen