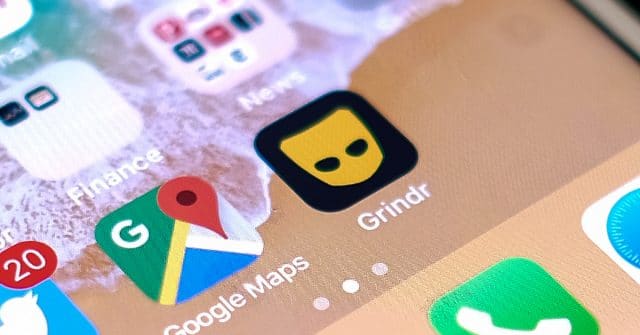 London’s Metropolitan Police has issued an urgent safety warning to people using Grindr, after two people were arrested on suspicion of murder and thefts connected to the app.

The Met’s warning urges people using apps to stay safe by making sure to “a friend or relative about the meeting” and arranging to “meet in a public place.”

Two people were arrested on Tuesday (June 12) in connection with a suspected rape and robbery in Walthamstow, and the suspicious death of a man in Battersea.

In the Walthamstow incident on May 30, a 40-year-old man was targeted after meeting another man online and inviting him back to his flat.

The victim, who has anonymity, told officers he was drugged and raped.

While the victim was unconscious his flat was ransacked, with laptops, mobile phones, a wallet and cash stolen.

(File photo of a police car)

Just days after the Walthamstow incident, 43-year-old Adrian Murphy was found dead at his home in Battersea on June 4, with property stolen from the home.

An initial post-mortem failed to determine a cause of death, but police believe the cases are linked and are awaiting further tests.

Two people were arrested in connection with both of the incidents.

Police believe there may have been more victims.

Detective Chief Inspector Rob Pack said: “We have linked these two incidents through our suspects and our enquiries continue to establish the exact circumstances.

“We know the victim in the Walthamstow incident met the male suspect through a social networking site and we are investigating whether there is a similar connection in Mr Murphy’s death.

“Both incidents happened over a short period of time and thorough enquiries have led us to make these prompt arrests.”

DCI Pack added: “There is a possibility other offences may have been committed before 30 May.

“Has anything similar happened to you, or someone you know? A meeting arranged online that has led to intoxication, robbery and possibly sexual assault. Please have the confidence to approach my team so we can investigate what happened to you.

“You can also contact third party organisations such as the charity Galop. You will be taken seriously and treated with sensitivity.”

The officer added: “I would also be keen to talk to anyone who saw anything suspicious on the afternoon of June 4 around Lombard Road [in Battersea], anything that looked out of place.”

It is not the first such case in the city.

In May, a court heard that 54-year-old Eric Michels was allegedly murdered with chemsex drug GHB after being targeted by two men who used Grindr to find robbery victims.

In 2016, serial killer Stephen Port was jailed for life for murdering at least four men and committing multiple rapes connected with the app.

A report from the Independent Office for Police Conduct (IOPC) investigating failings connected to the Port murders is still yet to be published, pending new inquests for the victims.

There is no suggestion that either of those cases are linked to the current investigation.