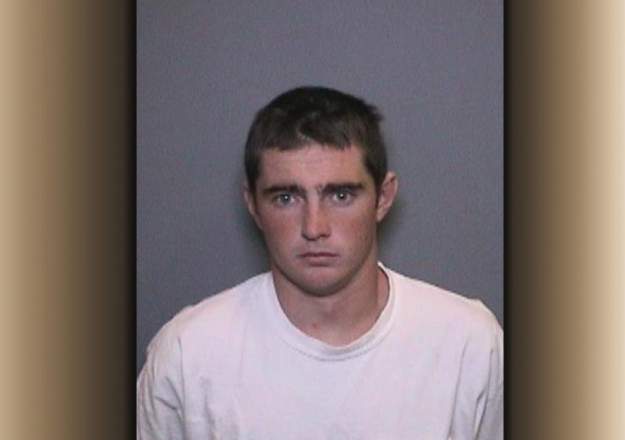 Two men from Orange County, California are currently in custody and undergoing pre-trials for harassing a gay couple.

18-year-old Samuel Blake Wickwire (seen above) is facing two felony counts. According to the Orange County District Attorney’s Office, one of those counts is for criminal threats and the other for violation of civil rights. On top of that, these crimes have been counted as hate crimes, which has extended his possible sentencing time to a potential six years in prison.

In addition, Wickwire’s codefendant is 27-year-old Wade James Rutledge who has pleaded not guilty to the separate felony counts of dissuading a witness by force or threat and hate crime assault. If convicted, Rutledge could face up to seven years in prison.

But what did the two supposedly do?

Police say that at about 7 p.m. on November 3, a group of friends, that included the two men, approached a gay couple in a Seal Beach parking lot (near 10th Street and Ocean Avenue).

The men started yelling homophobic insults at the couple, threatened them with violence, and Wickwire reportedly spit on one of the men. That’s when the couple tried to call the cops, but Rutledge grabbed the caller’s arm, yanked the phone away, and canceled the call (leading to this first felony charge against him).

The gay couple then reportedly tried to leave by car. Rutledge allegedly didn’t let them go easily, however as he shoved the second man into the passenger seat, slammed the door on his arm, and yelled at the two to leave.

After the incident, Rutledge was apprehended by police a month later on December 3, and his pre-trial is scheduled for today, the 14th.

On top of that, Wickwire was arrested on December 10 and charged on the 12th.