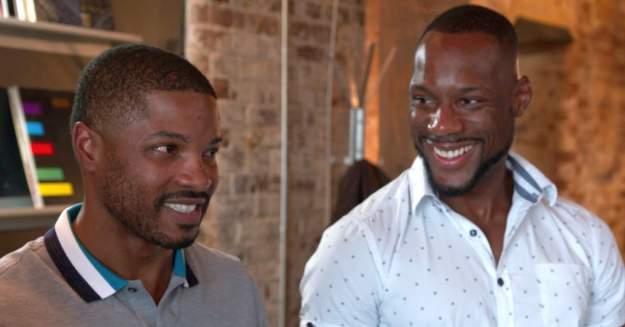 Back in February, we shared with you the news that AJ, who appeared on an episode of the revived Queer Eye show, got engaged to his long-time boyfriend.

Now, we’re happy to share with you the fact that AJ is now married!

If you don’t know, AJ appeared on Netflix’s Queer Eye as a man who, while having a boyfriend for several years, was not out to his family.

By the end of the episode titled “To Gay or Not Too Gay,” the Fab Five had helped him switch up his wardrobe, clean his apartment, and come out to his step-mom.

The episode was so powerful that the Queer Eye team has been keeping tabs on AJ. Not only did they share the fact that AJ had gotten engaged, but they were also happy to share that he had married too.

That said, AJ isn’t the only happy marriage that the show’s cast and crew have seen since recording the first season. Earlier this month, Tom Jackson got married to his ex-wife Abby Parr (Again!).

Jackson appeared on the first episode of the season. In it, the self-proclaimed redneck rekindled the flame between him and Parr. That eventually led to the two getting married at the Great Smoky Mountains National Park after the recording.

Congratulations to the happy couples!