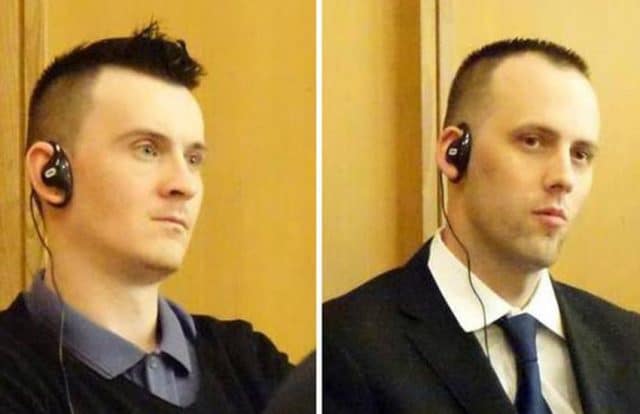 Two Hungarians will spend 30 years in prison each for running a gay sex slave ring in Miami.

Gabor Acs and Viktor Berki were convicted of human trafficking, conspiracy and racketeering in a Miami-Dade court.

It was found they had kept three Hungarian gay men in their early 20s enslaved as prostitutes, forcing them to have sex with clients and each other around the clock. They were also forced to perform on webcam shows.

The three were given little food and threatened with violence if they left, the state told jurors.

In August 2012, the group moved their operation to Miami-Dade.

The court heard the ringleaders kept their passports, and threatened them and their families back in Hungary if they refused to work.

According to the authorities, the ringleaders met two victims in Hungary through a website called GayRomeo.com while another was ‘living with gypsies’ as a male prostitute in Hungary when he met one company representative through Facebook, the Miami Herald reported.

Defense attorneys claimed the victims were willing participants and manipulated authorities to remain in the United States.

The city’s Human Trafficking Unit earlier won a conviction against a third man involved in the ring, Andras Janos Vass, who was sentenced to just over 11 years in prison.