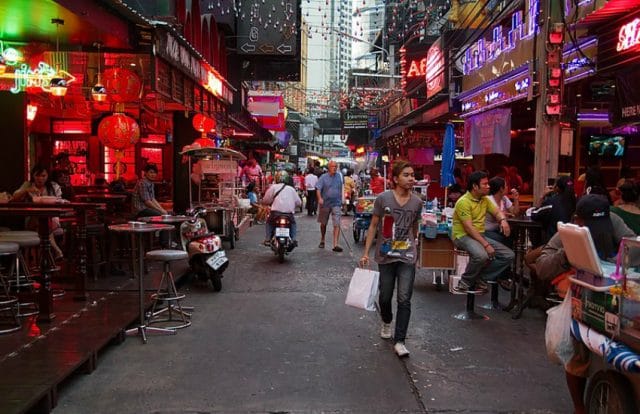 A doctor and his male friend have been arrested after an 18-year-old man fell to his death after an alleged three-way.

Police apprehended the pair after their guest fell from a balcony at the doctor’s 20th floor condo in Bangkok, Thailand on Saturday (18 May).

A police source at Thong Lor police station that the two suspects appeared to be under the influence of crystal methamphetamine.

Thong Lor precinct officers received the report of the victim’s death at 3.30pm on Saturday.

Police authorities examined the building’s CCTV recordings. They reportedly found the victim entered the condo block with two older men, both in their 30s, and went up to the 20th floor with them.

One of the men alleged the teen became intoxicated and fell from the balcony. Locals found him on the street wearing only a G-string.

As a result of the CCTV, police arrested the pair. Authorities are due to bring the men to the Southern Bangkok Criminal Court tomorrow (22 May).

Police will apply for the first 12 day detention order over an initial charge of possession of an illicit drug, with more charges pending.

Medical examiners will conduct an autopsy on the victim to determine the cause of death. Authorities expect this to take 15 days due to the reported level of narcotics in his system.

This will decide if the man died before or after falling from the balcony.

Many see Southeast Asian country  as a safe-haven for LGBTI tourists. But the reality for locals is that the law is far from liberal.

While LGBTI sexual activity is perfectly legal, many same-sex households are not eligible for the same legal protections available to opposite-sex couples.

Although, the LGBTI community named Bangkok the second-most LGBTI-friendly city in Asia, after Tel Aviv, in 2017.