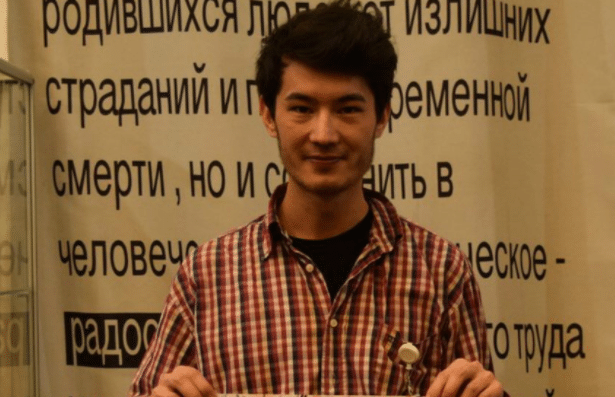 Two men have been arrested and tortured for gay sex in Uzbekistan.

Police said the two men, both in their 20s, are facing three years in prison for ‘engaging in illegal sexual relations’.

The couple had moved into a rented apartment in Tashkent, the capital of the former Soviet nation, in September.

It is unknown how the police found out about the couple.

These intrusive ‘tests’ involve examining someone’s anus to see if they had been penetrated, check for traces of sperm and taking a picture to ‘study’ the shape of the hole. If it is wider, the more ‘likely’ the person has engaged in gay sex, according to the widely discredited test from the 19th century.

Forbidden under international law as it is considered torture, they are widely known as the ‘tests of shame’.

‘If a man lives with a man, or a woman with a women, I think that something there isn’t quite right, or some change has happened,’ Karimov said.

‘It is better to die than to go back to Uzbekistan’

Last week, Moscow City Court announced they would uphold a fine and deportation order given to gay liberal journalist Ali Feruz back to Uzbekistan.

However, the order is suspended over the ruling of the European Court of Human Rights.

The process will remain halted while his case is reviewed by the Strasbourg court.

Feruz had said ‘it is better to die than to go back to Uzbekistan’.