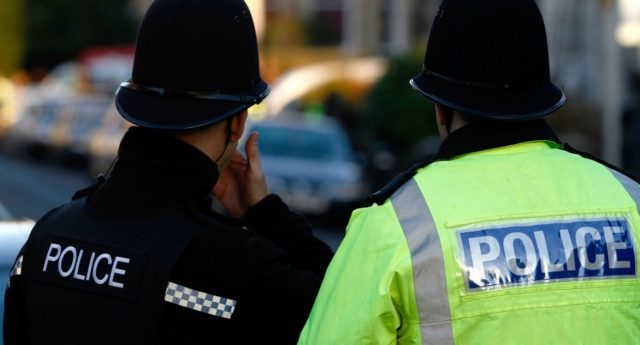 Police are on the hunt for suspects after two men were hospitalised after being beaten in a homophobic attack.

The two men, who are both in their 40s, were taken to the hospital for treatment after they were punched and kicked in an attack on a tram on their way home. GMP are urging the public for information on these two people

A man and two women became involved in a row with the victims at 10.30pm on January the 22nd.

The Greater Manchester Police confirmed that the victims were subject to homophobic abuse in the attack.

Detective Contable Claire Phythian described it as “a disturbing attack on two innocent men as they made their way home”.
She said: “We take all reports of hate crimes extremely seriously and the message is clear – they will not and never will be tolerated in Greater Manchester.”

Detectives released a picture of two people that they would like to speak to in connection with the attack.

Phythian insisted that police were “doing everything we can to find those responsible for it” and urged for the public’s help with the incident.

The attack comes after a report that revealed that there are 20 homophobic hate crimes a day in England and Wales.

The Home Office hate crime data report revealed that 7,194 hate crimes based on sexual orientation were recorded during the 2015-16 financial year, equating to 20 incidents every day.

1,844 homophobic hate crimes were recorded by London’s police force, the Metropolitan Police, while 494 were recorded in Greater Manchester and 372 in the West Midlands.

The Office of National Statistics explained that the increase may partly be due to “greater awareness of hate crime and improved willingness of victims to come forward” alongside police officers improving hate crime reporting standards”for violence against the person and public order offences”.