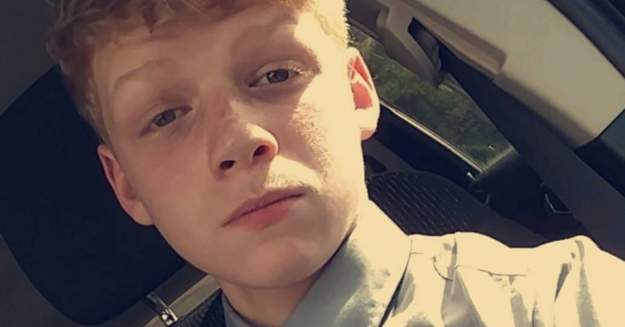 After the disappearance of a longtime friend led to the discovery of his body, two brothers were charged with one count of first-degree murder, first-degree rape, tampering with physical evidence, and unlawful disposal of remains.

16-year-old Ben Eastman from Randle, Washington was reported missing on June 27, according to The Olympian.

Police records show that Eastman had contact with longtime friend Benito S. Marquez prior to his disappearance.

Cell phone records show that the two were planning to meet up in the early hours of June 24, and that Eastman was headed for the meetup. Marquez later told police that Eastman never arrived before posting the below Facebook post about his missing friend. 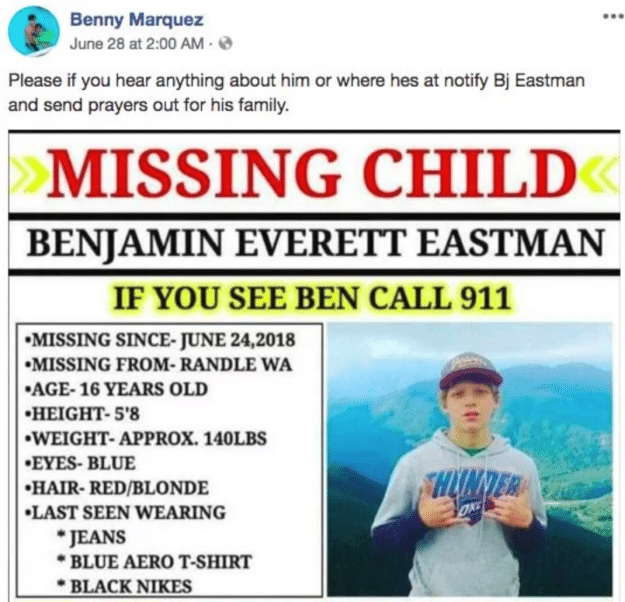 Afterwards, citizens and family members started search parties to look for Eastman. They eventually came across disturbed soil with a cross made of sticks marking the spot. Marquez, and his older brother Jonathan R. Adamson, said that they had recently buried a dog there.

Police investigators later searched the area and found a human foot buried in a shallow grave. The Lewis County Coroner’s Office then confirmed on June 30th that the body buried in the grave, and wrapped in plastic and twine, was Eastman’s.

After the body was found, 21-year-old Adamson and 16-year-old Marquez fled, but were caught by Washington State Patrol in Ellensburg.

Lewis County brothers charged with murder & rape in death of Ben Eastman. Bail set at 10 mil each. Back in court Thurs the 12th Latest 6p pic.twitter.com/VNzoXRdFDb

“The two had planned on assaulting Eastman and lured him to a wooded area under the guise of a camping trip,” charging documents say.

Adamson then later admitted to kicking Eastman more than 100 times and that his brother sexually assaulted Eastman with a stick. That said, he didn’t share their motive for the attack.

“Eastman went to the ground and the pair continued to kick and hit Eastman. It was estimated by Adamson the assault lasted between 20 and 45 minutes,” the charging documents continued.

The brother allegedly hit Eastman in the head with a rock which caused the blunt force trauma to the head that eventually killed the boy.

The two are being held on $10 million bail pending their next hearing.