Home Gay Stars Tyler Beckford is on the rise 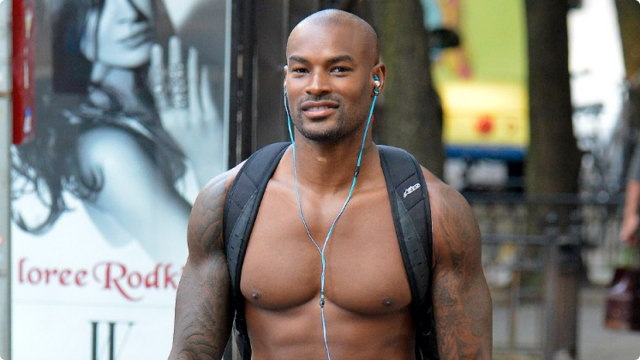 Earlier this year, rising acting star Tyson Beckford spoke with out.com about his move from modelling in his 2015 movie, ‘Chocolate City’. He explained that modelling wasn’t, in fact, his first career choice. He used that as a way to “pay the bills” while he sought work as an actor, and although he ended up pursuing a highly successful modelling career, acting was always his first love. “My natural progression was always to go to acting,” he says. Since 1992, Beckford has been the face of Ralph Lauren’s Polo line, hosted TV shows and starred in pop videos, and even had a cameo in Ben Stiller’s fashion satire ‘Zoolander’.

With such a busy career, why did he decide to pursue that old dream of acting?

“I felt like there was nothing left for me to do.”

Ambition seems to be the driving force behind his decision to start in ‘Chocolate City’, a film about an aging stripper (played by Beckford) who tries to sabotage the nascent career of a younger performer. He didn’t have to look far for inspiration – Beckford has been accused of insulting other young male black models. However, he says that his desire to remain in the modelling industry as long as he did was actually driven by him noticing that models of color were effectively being pushed out.

“I’m not one who looks at things in color, but when you start to notice something so obvious like this you have to step up and say something.”

Instead of just saying something, Beckford explains that he was actually asked to mentor younger models, but he refused, as he felt it was ultimately “unsatisfying”. That he now describes other male models as “cookie cutters” reveals something of that shady nature he’s been accused of in the past, and also highlights a tension between his explanation for staying in the industry and his lack of desire to help other rising models. ‘Chocolate City’, then, may actually reflect his life more than he seems willing to admit, but it’s clear that the film is aiming to grab some of the success achieved by ‘Magic Mike’.

Beckford teases us that the film has a “good percentage of good, brown cheeks” in it, before going on describe how hard he squatted to get in shape.

He’s aware of the audience they’re aiming for with the movie – “A lot of men and women find us all attractive. It’s a blessing.”

Since the film wrapped he had interest from the producers of hit show ‘Empire’, and while he wasn’t available at the time, hopes he’ll get another chance in a later season.

With a number of other projects on their way, it seems Tyler Beckford’s star continues to rise.