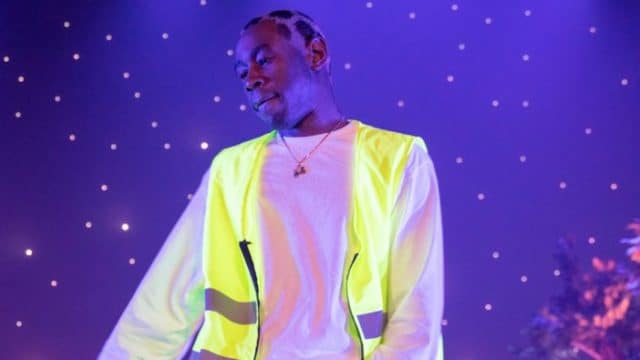 Lil Nas X isn’t the only out gay hip-hop artist making an impact on the music scene. There’s also 28-year-old rapper Tyler the Creator, and unlike Lil Nas X, his raps are much more explicitly gay.

In fact, in a recent impromptu, freestyle rap with the New York-based radio station Hot 97, Tyler spit out some sexual raps that made the host, named Flex, uncomfortable.

Tyler rapped, “Free Rakim, free Rakim, I might fly to Sweden to free him. Braid my wig, A$AP on my rib, Switch with him, then I can f*ck all the sweet men that I wanna. Actually I’m gonna, heat it up real quick, mothaf*cka I’m LeBron.”

Then, Tyler’s rap got even more personal and transgressive as he mentioned accused child rapist R. Kelly and having “hot butt sex” with Flex.

“Listen Flex,” he rapped, “we just met but I know it don’t seem like R. Kelly wet dreams I always keep 16. Me and Flex looking in the index for buff net n*gga, just for some hot butt sex n*gga.”

Flex motioned for Tyler to stop and nervously giggled while asking, “What made you go with that verse?”