Indonesia has ramped up discrimination and abuse against the LGBT community, and insiders say a law banning same-sex relations could be coming as soon as next week.

“The hateful rhetoric against this community that is being cultivated seemingly for cynical political purposes will only deepen their suffering and create unnecessary divisions,” Zeid, the son of Jordan’s Prince Ra’ad bin Zeid, said on the last day of a three-day visit to the Muslim-majority country. He added that if Indonesia expected others to fight Islamophobia, it had to end other forms of discrimination. 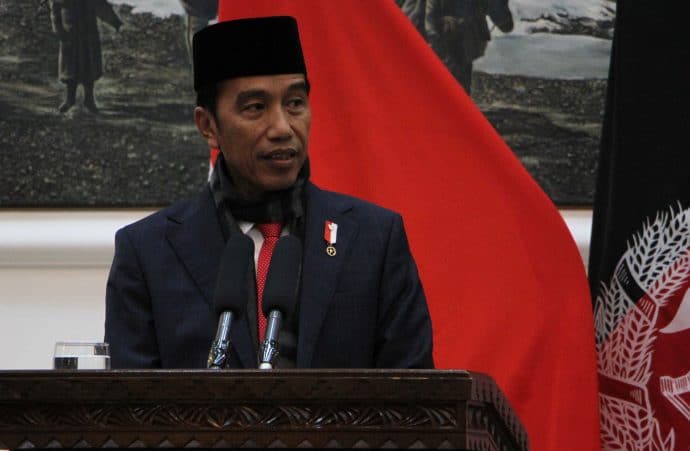 President Joko Widodo (above) told Zeid that gay and trans people are not tolerated in Indonesian culture, but that his government would not “over-criminalize” LGBT Indonesians.

For now same-sex activity is legal in most of the country, except for the northern province of Aceh, which is governed by sharia law. But police have raided of gay bars, bath houses and private homes in Jakarta, and gay dating apps have been removed from online stories in the country. This week, Indonesia’s health ministry categorized homosexuality as a mental disorder.

Efforts to ban homosexuality were narrowly blocked in December by the Constitutional Court but legislators continue to propose changes to the criminal code that would make both gay sex and relations outside of marriage, making both punishable by up to five years in prison.