WASHINGTON (Reuters) – The U.S. Customs and Border Protection (CBP) agency said on Tuesday its acting commissioner is resigning as House Democrats passed a $4.5 billion funding package to ease a migrant surge that has subjected children detained at U.S-Mexico border to overcrowded conditions.

John Sanders, who led CBP since April, will leave his post on July 5, the agency said.

Attorneys raised alarms last week after finding more than 300 migrant children in an overcrowded Texas border patrol station, where they said some had been held for weeks without adequate food and water.

Most of the children were transferred to other facilities but then 100 were moved back to the station in Clint, Texas, CBP officials told reporters on Tuesday.

Sanders departure less than three months after being elevated to the post in a reshuffling of the Department of Homeland Security drew criticism.

The Democratic-led House voted 230-195, mostly along party lines, to pass its funding measure to provide aid for programs that house, feed, transport and oversee record numbers of Central American families seeking asylum in the United States.

But the measure’s fate is far from certain, as Trump has threatened a veto over its border enforcement restrictions and the Republican-led Senate is working on its own version of the bill,

Before taking over CBP, Sanders was the agency’s chief operating officer and had also been the Transportation Security Administration’s chief technology officer. His resignation was first reported by The New York Times.

The migrant surge has overwhelmed U.S. border facilities. Many children crossing the border alone, and those separated from adults who are not their parents, are supposed to be transferred quickly out of border patrol custody.

The lawyers who described the conditions at the Texas facility monitor compliance with a legal settlement that attempts to ensure children are adequately cared for while they are being detained by the government.

A CBP official, speaking on condition of anonymity, said the agency acknowledges that it does not want custody of the children because “our facilities were not designed for that.”

The official said the children were fed three meals a day and given snacks like “burritos, ramen noodles, oatmeal cups, and fruit juice” and allowed showers at least once every three days.

From March 19 to date, the CBP has released 96,000 “family units” but still holds thousands of people in custody, CBP officials said.

Many Central American families who say they fear returning to their home countries seek asylum in the United States and are often released pending immigration court proceedings.

Cracking down on immigration has been a priority for Trump but the president has proven unable to push most of his goals through Congress.

On Tuesday, Democrats in the U.S. House of Representatives said they plan to approve $4.5 billion in emergency funding to address the crisis caused by the migrant surge, but Trump has threatened to veto the measure. 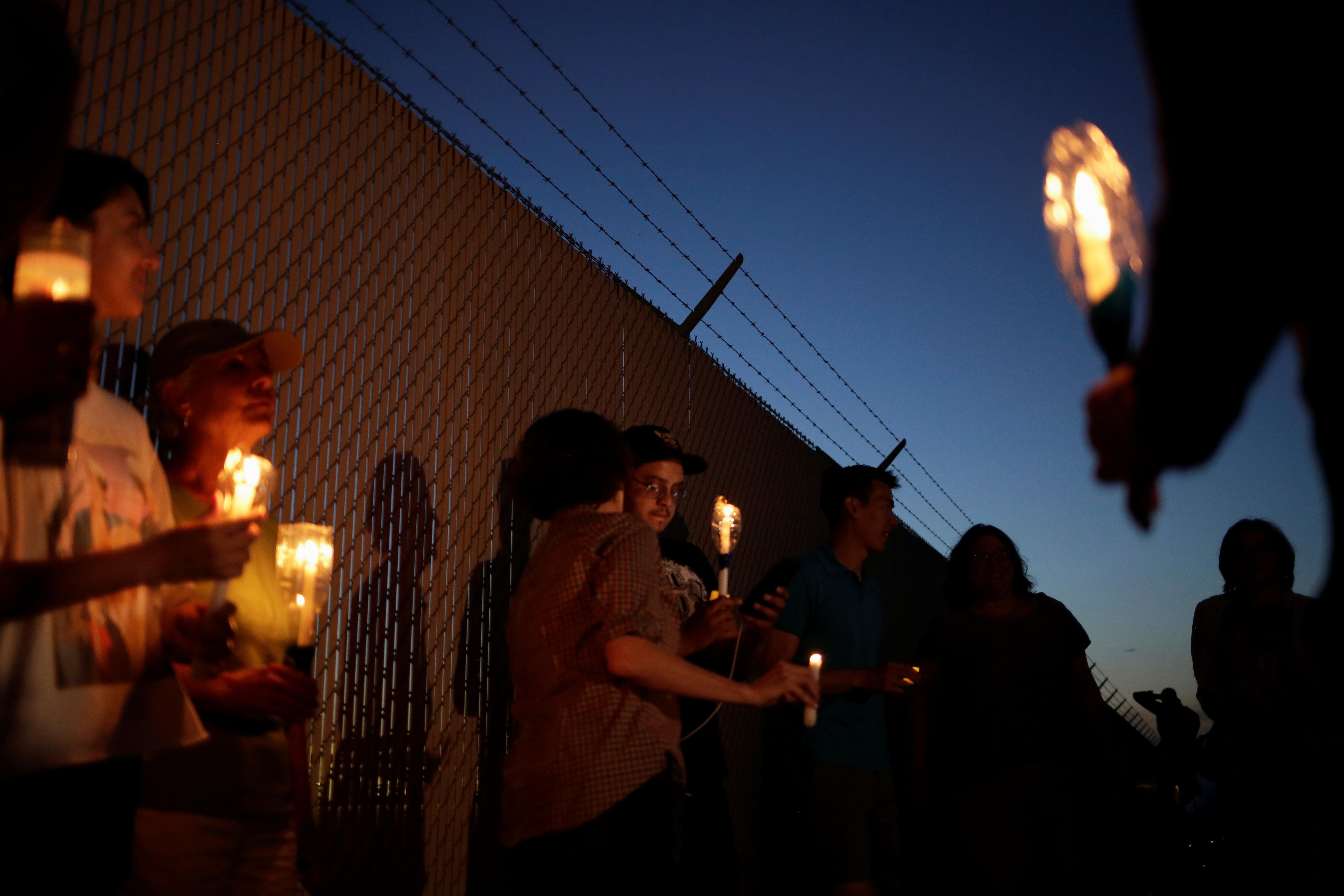 “This week we have to solve the humanitarian crisis,” House of Representatives Democratic Caucus Chairman Hakeem Jeffries told reporters, predicting that the funding package would pass the House with a “strong Democratic vote.”

But lawmakers were also rushing to add language before the vote to mandate better health and nutrition standards at border facilities. The changes were being made after some liberal Democrats expressed alarm that not enough was being done to improve conditions at the border.

U.S. border agents apprehended 132,887 people on the southwest border in May, according to CBP data, a more than 30 percent increase from April. The last time apprehensions topped that level was more than a decade ago in March 2006, the data showed.