Home Stories Uber away from that Glory Hole! 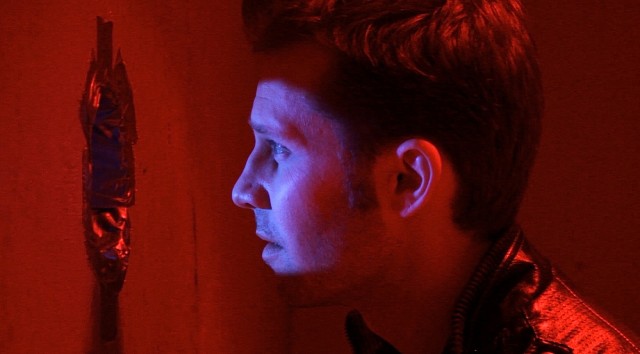 You already know all about them.  Hell, you may even frequent one.  But I am here to tell you a little story, and make you think a little bit harder about the next time you might stop at one.  Yes, I am talking about the ever so popular Glory Hole.   WHAT IS a Glory Hole, you ask?    Well, let this seasoned lesbian teach you a few things.  Whether you have spent time “inside” a Glory Hole or not, there are still things to learn from this ‘ole girl.

Yes, even lesbians know about the Glory Hole.  Actually, I was intensely, overwhelmingly educated by a HIV+ patient of mine.  His husband was not nearly as sexual as he, and so my patient frequently found sexual gratification elsewhere.  He was a known drug abuser, and no matter what I did or said, he kept going out with strange men, shooting meth, getting high, and getting laid.  His favorite act was to go down on a “well-endowed” man, and he had no proclivities about who or when.  As an old school bath house boy back in the day, in the Castro District, he longed for the free love and spontaneous sex acts wherever, whenever. Initially I thought he confided in me simply because I was his lesbian doctor.  Then I realized he simply enjoyed telling stories that he knew would be somewhat shocking to others!  I remember the day I sat with him in an exam room, and he said he had gone to the Glory Hole at the rest stop off the highway near my office.  I asked him what that was.  The picture he painted has always left an image deep in my brain.  He told me that the Glory Hole was a place, typically a public restroom, often in rest stops, where the bathroom stall partition has a hole cut through it.  A hole big enough for a nicely hung package.  He would go there, feeling the need for sexual satisfaction.  In one stall, he would wait.  Then someone else enters the next stall, knowing the Glory Hole is there.  He taps his foot, and it is reciprocated by the entry of his neighbor’s penis, erect, poking through the hole.  Wearing dentures, he tells me “I spit my teeth out as fast as I could, and went to town!” He described the blow jobs he had given and the sex he had with various men there.  He was promiscuous and an exhibitionist, and the more surprised I was to learn about this practice, the more he enjoyed telling the story.  Let’s go back to a critical point.  He has HIV.  He is a top.  He has regular unprotected sex all the time- one night stands and drug induced fuck fests.  Nothing he did was more anonymous and scary than his enjoyment of the Glory Hole.  He had no intention of discontinuing this sex play.  He stills frequents the Glory Hole. Maybe you have been serviced by him.  Maybe you have serviced him.  Maybe, just maybe, the next time the opportunity arises, and the man in the next stall taps his foot, you will wonder if he has HIV+, flush the toilet, and get back on the highway.