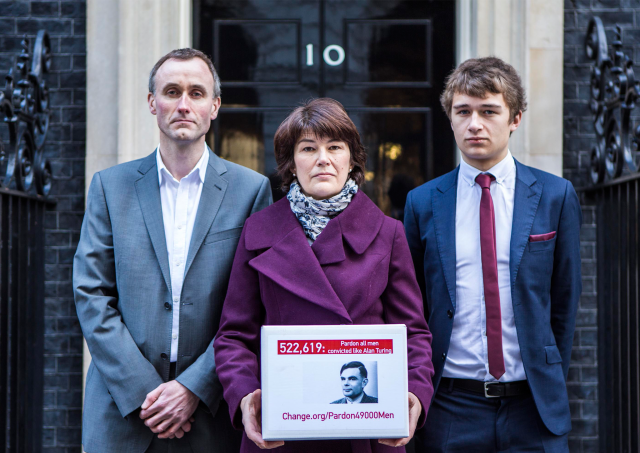 The government has announced that thousands of gay and bisexual men who were convicted under historic anti-gay laws will be posthumously pardoned.

Computing hero World War II codebreaker Alan Turing, who was convicted of gross indecency in 1952, was previously granted a one-off posthumous royal pardon in 2013. However, the new law will disregard the offences of thousands of men.

Minister Gyimah said the Government would seek to implement the change through an amendment to the Policing and Crime Bill.

Anyone living who has been convicted of these now abolished offences could already apply through the Home Office to have their names cleared and criminal records expunged, under a process introduced by the Coalition government’s 2012 Protections of Freedoms Act.

However, the new law goes further in granting posthumous pardons, also introducing a statutory pardon for the living. in cases where offences have been successfully deleted through the disregard process.

Justice Minister Sam Gyimah said: “It is hugely important that we pardon people convicted of historical sexual offences who would be innocent of any crime today.

“Through pardons and the existing disregard process we will meet our manifesto commitment to put right these wrongs.”

The Government plans to secure the change by supporting Lib Dem peer Lord Sharkey’s amendment to the Protection of Freedoms Act 2012 through the Policing and Crime Bill.

Commenting on the news that the Government will support the Liberal Democrat amendment, the author of the amendment, Lord Sharkey said: “This is a momentous day for thousands of families up and down the UK who have been campaigning on this issue for decades. I am very grateful for the Government’s support and the support of many of my colleagues in Parliament.

“It is a wonderful thing that we have been able to build on the pardon granted to Alan Turing during Coalition by extending it to the thousands of men convicted of sexual offences that existed before homosexuality was decriminalised in 1967 and which would not be crimes today.”

“This was a manifesto commitment which even in opposition, thanks to the tireless work of our MPs and peers and those from other parties, we have been able to deliver on.”

Scottish National Party MP John Nicolson had planned to bring forward his own Private Members’ Bill on the issue this week, but the government claimed that his legislation may have unintended consequences.

As gay sex convictions often do not distinguish between different types of acts, the government claims a wider pardon could lead to people claiming to be cleared of offences that are still crimes, such as sex with a minor and non-consensual sexual activity.

Under the existing disregard process, the Home Office has rejected several applications where the activity was non-consensual and others where the other party was under 16-years-old. These offences were captured under offences such as ‘gross indecency’ at the time but are still crimes today.

Mr Gyimah said: “I understand and support the intentions behind Mr Nicolson’s Bill, however I worry that he has not fully thought through the consequences.

“A blanket pardon, without the detailed investigations carried out by the Home Office under the disregard process, could see people guilty of an offence which is still a crime today claiming to be pardoned.

“This would cause an extraordinary and unnecessary amount of distress to victims and for this reason the Government cannot support the Private Member’s Bill. Our way forward will be both faster and fairer.”

Mr Nicolson, who is pushing ahead with his bill, dismissed claims that a blanket pardon would have unintended consequences.

He said: “I want to bring closure to all the men who have lived for decades with a conviction for underage sex.

“What I’m doing is issuing a blanket pardon so you get a sense of closure. I think it will be symobilc, that society recognises they should never be convicted.”

The MP added that his bill initially had support from the Conservatives, accusing the party of “sullying” the effort by dropping their support two days before it was set to come to the floor.