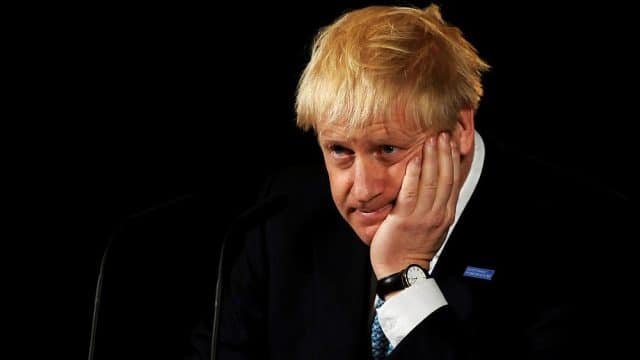 Boris Johnson has travelled to Northern Ireland for the first time since assuming his role as UK’s prime minister to tackle several issues in government and on Brexit.

Meeting for talks with the country’s five main political parties on Wednesday, Johnson is expected to encourage cooperation to restore the region’s power-sharing government, which collapsed in 2017.

Brexit is also expected to feature in discussions as Johnson’s hardline approach to the UK leaving the European Union with or without a deal will heavily affect Northern Ireland.

Johnson’s predecessor Theresa May, along with the EU, introduced the idea of a backstop as an insurance policy, which would ensure continued trade and no implementation of a physical border on the island of Ireland in the event of a no-deal Brexit.

But the new prime minister has rejected the notion of a backstop as undemocratic, and says he wants to enact Brexit on October 31 with or without a deal.

Speaking in Wales on Tuesday, Johnson said of EU leaders: “”If they really can’t do it then clearly we have to get ready for a no-deal exit.”

His hardline approach has worried many across the UK and the rest of the bloc over what this could mean economically, and for the delicate peace treaty in place between the north and the Republic.

The success of peacetime between unionists and loyalists in the Good Friday Agreement has been, in part, attributed to the abolition of a physical border on the island.

Johnson has insisted that even without a backstop solution, a physical border would not be erected in the event of a no-deal Brexit.

But Ireland Taoiseach Leo Varadkar says a no-deal Brexit would likely lead to a united Ireland.

He said: “People who you might describe as moderate nationalists or moderate Catholics who were more or less happy with the status quo will look more towards a united Ireland.”

“And increasingly you see liberal Protestants, liberal unionists starting to ask the questions as to where they feel more at home.”

He later rejected any notion of Johnson renegotiating a deal before the October deadline as “totally not in the real world”.

On Wednesday, a senior politician in Northern Ireland’s Democratic Unionist Party, which props up Johnson’s minority government, told the BBC that the chance of the UK leaving without a deal was “significant”.

He said: “I think given the response of the Irish government in particular, who I believe are key to this issue of addressing UK concerns about the backstop, I think the prospect of a no deal is significant.”