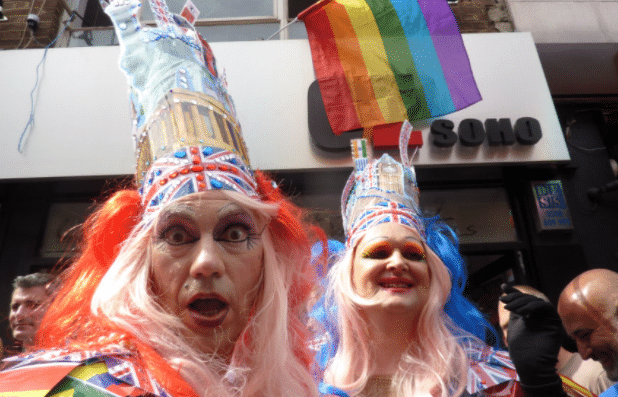 Which country came in first?

According to a new ranking, the United Kingdom is the second-most LGBTI friendly country in Europe. Norway edged it out for first place.

As explained, the ranking ‘highlights both the cities that are paving the way for equality in Europe, and those that still have room for improvement’.

Where do the countries fall?

Norway scored first overall in the Equality Index with 8.53 points out of 10. They earned the highest number of points in every category except for quality of life.

For LGBTI friendliness specifically, Norway earned 8.8 points. The UK came in second with a score of 8.55.

Here’s the remainder of the top ten countries for LGBTI friendliness:

Belarus, Turkey, and Russia were the lowest-ranked countries for this category, all earning less than one point. They scored 0.96, 0.48, and 0.12, respectively.

Some countries earned scores of a perfect 10 in the various categories. For example, Norway, Finland, and Sweden all earned perfect 10s for political rights and civil liberities.

Luxembourg and Italy, meanwhile, scored 10 each for the gender pay gap.

Only one country each scored a 10 in the remaining categories. Finland earned a 10 for equal gender labour participation, Iceland earned it for immigrant acceptance, and Denmark got it for economic quality of life.

No country earned a perfect score for LGBTI friendliness.

Recently, Spartacus World ranked Canada and Sweden as the most LGBTI friendly countries in the world. Norway and the UK tied with several other countries for third place.

How does it work?

Based on ‘data available from reputable sources’, Spotahome scores each country out of 10 for all the categories. Their average score gives them their Equality Index.

‘While it’s hopeful to see strides being taken in some countries to ensure everyone is accepted, it’s evident there is still much work to do. LGBTI acceptance has hindered overall equality scores for many of the countries analysed and has highlighted this as a key area for improvement.’