Home Gay Life Ukraine-EU summit: A chance for Volodymyr Zelensky to prove himself a statesman 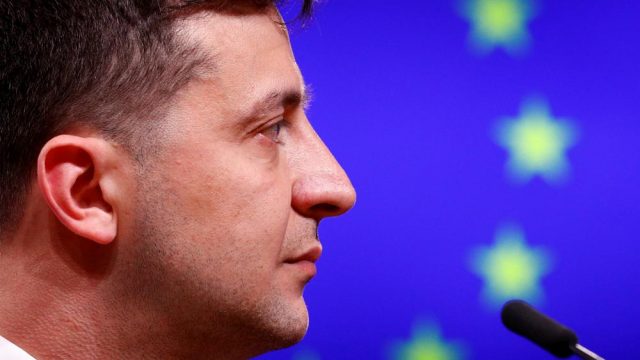 Ukraine is set to host a summit with EU leaders in Kiev later today, with talk expected to focus on the country’s fight against corruption and the continued battle against Russian-backed forces in the east.

The Ukraine-EU summit is the 21st of its type, but will be the first for President Volodymyr Zelensky, who was elected in March.

“This will be an opportunity for [Zelensky] to showcase his more serious side,” Peter Dickinson, a research fellow at the Atlantic Council’s Eurasia Centre, told Euronews.

In the country’s election earlier this year, Zelensky appeared as the frontrunner, yet, an unusual candidate for president, considering his total lack of experience on the political stage.

He was previously best known for his comedy and acting career, in which he played the part of the Ukrainian leader in a television show.

“There are questions about his ability as a statesman,” Dickinson added. But this week’s summit is “a chance for him to show he can operate at that level.”

Dickinson said Zelensky would likely look to his guests, Donald Tusk and Jean-Claude Juncker, on Monday for reassurances that the EU stands alongside Ukraine in defiance against Russia.

This reassurance is necessary for Ukraine, he said, following the Council of Europe’s decision last week to reinstate Russia with full voting rights.

On the agenda is also likely to be steps on a roadmap toward Ukraine’s potential membership to the European Union.

Pointing out that no such steps had been laid out recently, Dickinson said it would be good for a further “carrot” to be instigated.