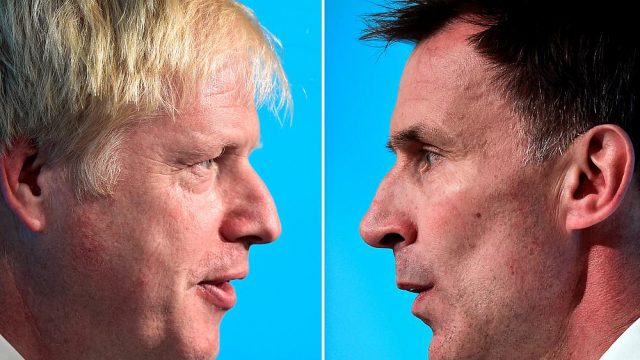 The pair are the final two contenders aiming to replace Theresa May as party leader and prime minister.

The programme, called “Watch Britain’s Next Prime Minister” will air on ITV at 9pm CET.

Boris Johnson, who is currently favourite to become Britain’s next Prime Minister, was notably absent in earlier TV debates of the leadership contest.

READ MORE: ‘Where is Boris?’ Five of six Tory candidates face off in debate

The debate comes as the two contenders have expressed differing views on how to deal with US President Donald Trump amid a leaked memos scandal.

On Tuesday, Hunt challenged Trump over his criticisms of the British ambassador to Washington whose confidential comments on Trump were leaked.

Hunt said if he becomes Prime Minister, the ambassador, Kim Darroch, would remain in his post.

In contrast, Johnson has abstained from criticizing the US president. Asked whether Trump was right to attack May and her handling of Brexit, Johnson told the BBC: “Myself, I have said some pretty critical things about the Brexit negotiations so far and that’s one of the reasons I’m standing.”