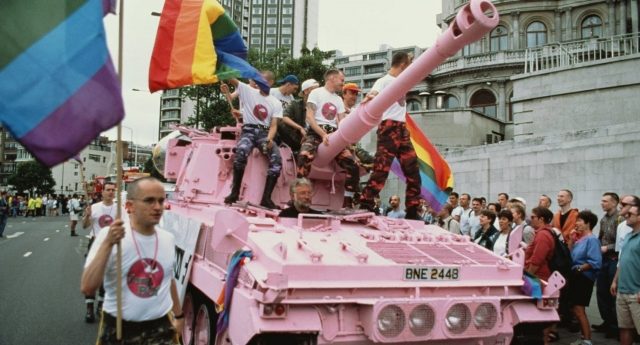 For the first time ever, students will be able to gain a postgraduate degree in Queer History at Goldsmiths, University of London.

The historic university announced plans for the new course today, alongside the proposed creation of a National Queer Archive.

is the first university to offer a specialist MA in Queer History.

A small number of other universities in the UK offer postgraduate qualifications in gender, sexuality and culture, while some US institutions offer Queer Studies – but Goldsmiths will be the first university to offer a specialist MA in Queer History.

Launching in September 2017 and based in the Department of History, the course – led by Professor of History Jan Plamper – will introduce themes and research methods in Queer History, laying a solid foundation in the wider discipline of history.

It will dissect “historically binary categories, such as male/female, heterosexuality/homosexuality, active/passive, and uncover the processes through which these categories came to be seen as ‘natural’.

“It also focuses on questions of power, including how sexual orientation and race throughout history have often become interlinked in asymmetrical, oppressive ways.”

The course will mainly explore the Early Modern and Modern periods, including “classes on the nature of homosexuality in mid-Victorian Western society, and emancipatory movements (especially of the post-1969, post-Stonewall period)”.

It is intended to build towards the creation of an accessible National Queer Archive in London, involving MA and PhD students.

Dr Vivienne Richmond, Goldsmiths Head of History, said: “The Department of History at Goldsmiths has long pioneered the study and understanding of past societies through their belief systems and their attitudes to subjects such as love and the body.

“We teach issues, themes, and controversies so that students can study not only the linear aspects of traditional history but also concepts.

“The persecution of LGBTQ people in many parts of the world is acute and worsening, despite huge strides in equality elsewhere. Such injustice is fed by ignorance and there is an urgent need to counter this through insight and understanding. Alongside the imperative to confront prejudice with fact, is also a responsibility to celebrate and commemorate.”

Professor Plamper, said: “Through the study of history we can observe how LGBTQ narratives have developed across time, and critically explore the roots of the community.

“This helps build an understanding of one’s own story and identity in the present for those who consider themselves queer, but it also raises consciousness in everyone else.

“Developing self-confidence through knowledge is a powerful antidote to both subtle and not-so-subtle oppression.

“Scholarship should be at the vanguard of this, yet Queer Studies remains ‘closeted’ or indeed has been quashed at other institutions. A centre of excellence for the study of Queer History is very much overdue.”

Applications open in October 2016 for students wishing to begin the course in September 2017.