Home Gay Life Until we’re all truly free, Pride will always be a protest 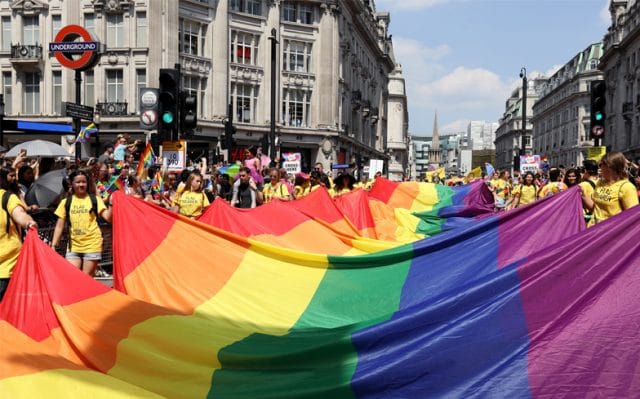 Millions of people will march and protest through the streets on every continent in support of LGBTQ rights. It’s incredible to see so much solidarity and strength, especially at a time when it feels like we’re under attack on a daily basis.

Over the last few months it certainly feels like we’ve taken steps backwards, attacks are on the rise and social media has been a cesspit of hate. The current toxic political climate has uncovered a lot of deep rooted homophobic and transphobic views, bigots are getting far too much air time and I’ve had enough.

We’ve seen the education debate turn to anger as protesters gather outside schools which sadly sparked the interest of some opportunist politicians, and then Ann Widdecombe supporting gay conversion therapy on primetime TV. To see politicians using our rights as political fodder is disappointing and shameful but no surprise – I just hope people remember this when they vote. It really is time for the media and organisations to stop empowering and legitimising these views and personal beliefs and start remembering that religion is no excuse for bigotry and discrimination, period.

I fear we’ve become complacent with LGBTQ rights. We have made enormous progress, but recent events have uncovered a lot prejudices and the effects are rippling through our community. We’re already too scared to hold hands or show affection in public, and now people are frightened to go out at night. Many are living in fear, frightened to exist in public and that breaks my heart. 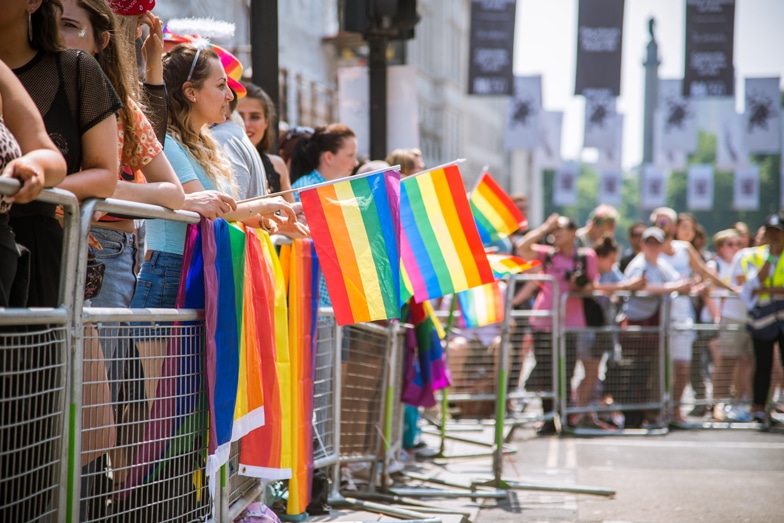 Hate crimes are on the rise. Between 2015 and 2018 there were over 31,000 attacks targeting the LGBTQ community, and they’re the ones that were reported. Most recently we’ve seen gay women attacked on a bus in Camden for refusing to entertain a group of men by kissing, and two gay men were drugged, raped and one killed. This is London in 2019 and it scares me.

The trans community have been subjected to relentless abuse and smear campaigns, their allies and supporters have been viciously targeted, and TERFs continue to aggressively attack trans people on a daily basis. Munroe Bergdorf was recently dropped by the NSPCC after anti-trans activists targeted the charity. Disappointingly they cut ties with Munroe without any communication which led to 148 members of their own staff condemning the decision.

I’ve had enough of the hate, the attacks and the fact we don’t feel safe. This is Pride Month – . We’re supposed to be celebrating how far we’ve come, especially as this year marks 50 years since the Stonewall Riots, the birth of the LGBTQ Pride parade movement. But instead we’re putting out hateful fires left, right and centre.

It breaks my heart to think of those struggling with their identity or sexuality, those not out with no one to talk to. They are the biggest victims. A recent report from the Trevor Project shows nearly 40% of LGBTQ youth have contemplated suicide. If that isn’t enough to convince you we have a problem I don’t know what is. The sooner inclusive education begins the better – we can’t fail another generation.

It’s not all bad news. Recently Botswana and the Kingdom of Bhutan have decriminalised homosexuality, and Taiwan and Ecuador have legalised same-sex marriage. We are making progress around the globe but we are at risk, even in some of the most accepting places.

I don’t mean to worry people, but we all need to know what we’re dealing with. Please take care when you’re out and about, especially when you’re alone and during the night. Look out for each other and if you see someone who looks like they’re in trouble, do what you can. It’s not always safe to approach so assess the situation, so call for help and report it. 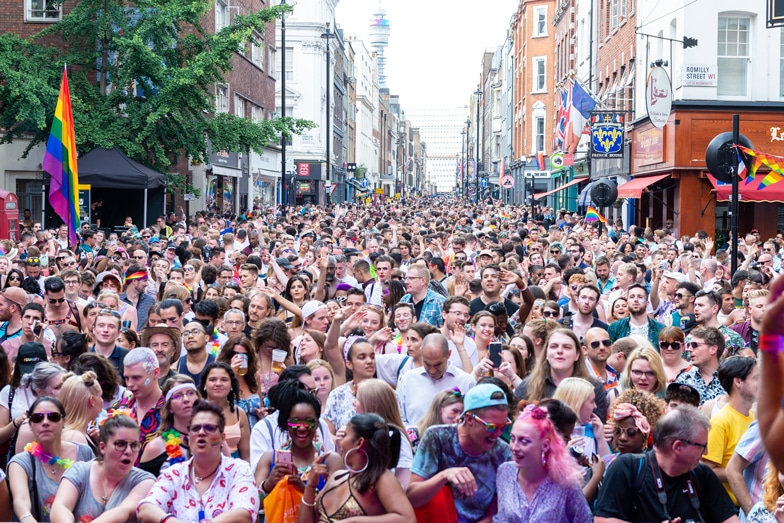 Fifty years ago our movement began when our community had had enough of being treated like trash. Fifty years since our revolution began and we have so much further to go.

This Pride Month it is our duty to march louder, taller and prouder. March for the people who don’t have the luxury of being free, march for those who are criminalised and treated like animals, march for our family who’ve been attacked, imprisoned and killed. Nearly a third of the world still openly persecute LGBTQ people, lets send a loud and clear message we are not going anywhere, and we will win the war against hate.

Stand by our trans family, they’ve been by our side since the beginning. It’s our turn to stand up for their rights and be the best ally possible. We wouldn’t be where we are today without Marsha P. Johnson, Sylvia Rivera and our trans siblings. Remember that.

Live your best life. You never know who’s watching or who you’re inspiring and giving the courage to be themselves. When I was growing up I used to gaze at those freely living their lives. Now it’s our turn to inspire and make our youth feel seen, heard and represented.

Make no mistake, we live in uncertain times and LGBTQ rights are under threat. But we have the advantage – our community is full of hope, happiness and strength. are fuelled by hate, division and ignorance, and ultimately that will be their demise.

It’s time to reignite the Stonewall spirit and stand united. Until we’re all free to live our lives without fear of persecution, Pride will always be a protest.